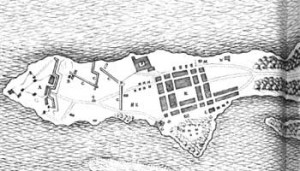 Students from the Dr. Pedro Albizu Campos Puerto Rican High School have been working as curators. They are helping to plan and organize the first-ever exhibit of Puerto Rican materials at the Newberry Library, an internationally known cultural institution and research library in Chicago. In March, the students from Saul Melendez’s Puerto Rican Cultural and History class all received reader’s cards and were given a behind-the-scenes tour of the climate-controlled building where the rare and valuable materials in the library are stored. Since then, the student curators have worked to research and select the final objects to be shown, grouping the objects into themes, and crafting the final exhibit descriptions. The students had access to the library’s large collection of Puerto Rican materials including Spanish manuscripts from the 1600s, original rarely seen photographs, government documents, resources for tracing family histories, and maps from the Spanish-American War. “Few students get to handle things that are even a hundred years old, but we got to handle things that are four hundred years old,” remarked Warren Elmore, a student in Mr. Melendez’s class.

This has been a special opportunity for both the students as well as for the Newberry, as it is the first time high school students have ever curated an exhibit at the research institution. The goal of the exhibit, entitled “Puerto Rican History through the Eyes of Others,” was to allow students to learn how to do research using primary sources. It also provided students an opportunity to engage with history by speaking back to those who have tried to describe and define Puerto Rico over the centuries.
The exhibit came out of an ongoing collaboration with the Puerto Rican Cultural Center and the University of Illinois at Urbana-Champaign’s Community Informatics Initiative. Some of the student curators will also be participating in this year’s “Community as Intellectual Space” conference hosted by the Puerto Rican Cultural Center in collaboration with the University of Illinois. A reception for “Puerto Rican History through the Eyes of Others” will take place on June 11, 2008 at the Newberry Library (60 W. Walton Street). All are invited to celebrate the opening of this exhibit, which will be open to the public through July 12. 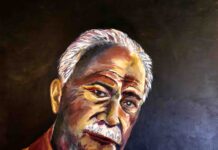 To Study and to Struggle: A Massive Student Strike Paralyzes the University of Puerto Rico