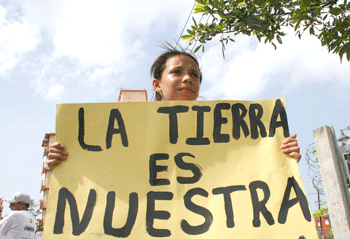 The Fideicomiso de la Tierra del Caño Martín Peña will receive the award at UN Habitat III in October
San Juan, Puerto Rico – The Fideicomiso de la Tierra del Caño Martín Peña, a community land trust from the Caribbean island of Puerto Rico, won the 2015-16 UN World Habitat Award, which honors innovative and replicable initiatives that address issues affecting human settlements.  The Award will be received during the third UN Habitat global summit, which takes place every 20 years.
“We are proud to obtain this honor for Puerto Rico as an acknowledgement of what can be accomplished through ample citizen participation and community work towards a common vision for better living conditions,” said Carmen L. Febres-Alméstica, president of the grassroots Group of the Eight Communities Adjacent to the Martín Peña Channel (G-8), Inc., and member of the land trust’s board. 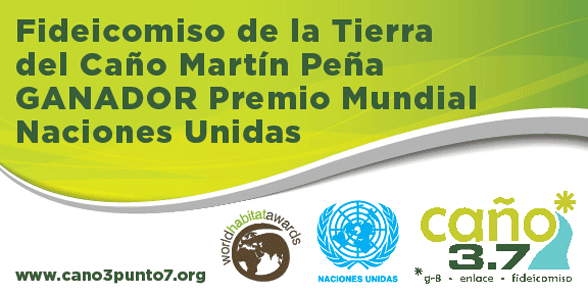 “With the support of partners and collaborators, the communities along the Martín Peña channel designed an innovative tool to prevent gentrification as an unintended consequence of urban and environmental restoration projects, while addressing the lack of formal land titles through collective ownership,” María E. Hernández Torrales, the Fideicomiso’s board president, explained.  “These communities have placed Puerto Rico once again as a reference point in housing innovation.”
The Fideicomiso de la Tierra is the first community land trust in Puerto Rico, created by the residents of densely populated communities along a highly polluted tidal channel located at the heart of the San Juan Metropolitan Area, as a tool to overcome poverty and achieve environmental justice.  The channel’s obstruction leads to constant flooding with polluted waters affecting the health and safety of thousands, and its ecosystem restoration is being led by the US Army Corps of Engineers and the Corporación del Proyecto ENLACE.  Land Trust members collectively own 200 acres of valuable land, while also owning surface rights to the plot of land where their homes are located. 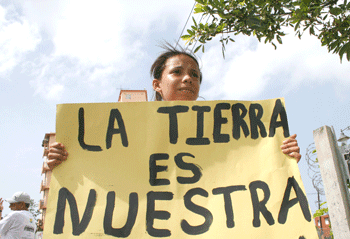 The World Habitat Awards were established in 1985 by the Building and Social Housing Foundation as part of its contribution to the United Nations.  Two awards of £10,000 are given annually to projects that provide practical and innovative solutions to current housing needs and problems. 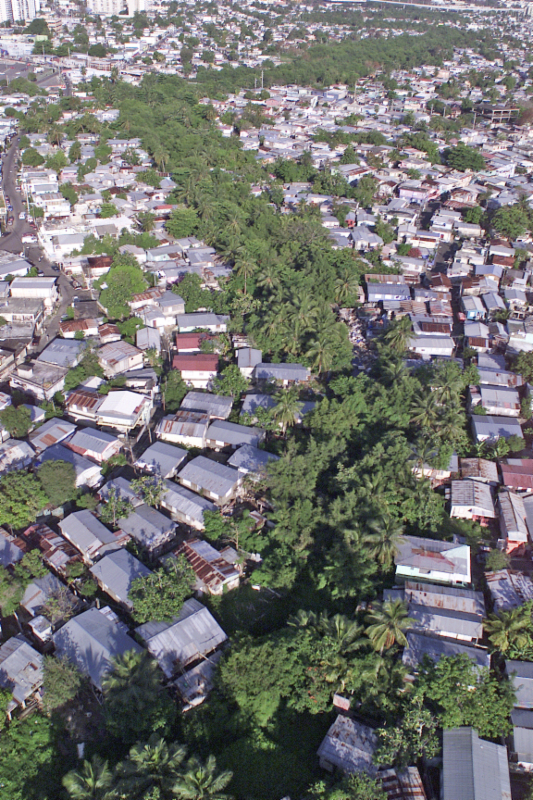 Leilani Fahra, UN Special Rapporteur on the right to adequate housing explained: “The project tackles a number of core elements for the right to housing such as ensuring security of tenure for those living in informal settlements, community participation and protection of land.  It recognizes housing is a human right rather than a commodity.  Women are community leaders, and the project ensures them title to properties.”
David Ireland, BSHF executive director, added: “The empowerment of these communities is outstanding.  They have used a Community Land Trust to turn the threat of displacement of an informal settlement into something very special – a strong-and flourishing neighborhood in which everybody is engaged.  It is arguably one of the most democratic places on earth.”  BSHF coordinates the awards for the United Nations.
In November, 2015, a team of evaluators from the Building and Social Housing Foundation (BSHF) based in the United Kingdom, visited the Caño Martín Peña communities and met with residents, community leaders, collaborators, and representatives from the G-8, the Fideicomiso and the Corporación del Proyecto ENLACE del Caño Martín Peña, which leads the implementation of the comprehensive development plan for the area.
The jury was comprised by Dr. Joan Clos, Executive Director of UN-Habitat and Leilani Fahra, UN Special Rapporteur on the right to adequate housing.  This year’s finalists were from Brazil, Colombia, Bhutan, Malawi, and the United Kingdom.
“We expect that this award will help us consolidate support in Puerto Rico and abroad for our land trust, and help us obtain the resources needed to ecologically restore the Caño and finally be able to live in healthy conditions,” concluded Febres-Alméstica.
For further details, visitworldhabitatawards.org andcano3punto7.org.