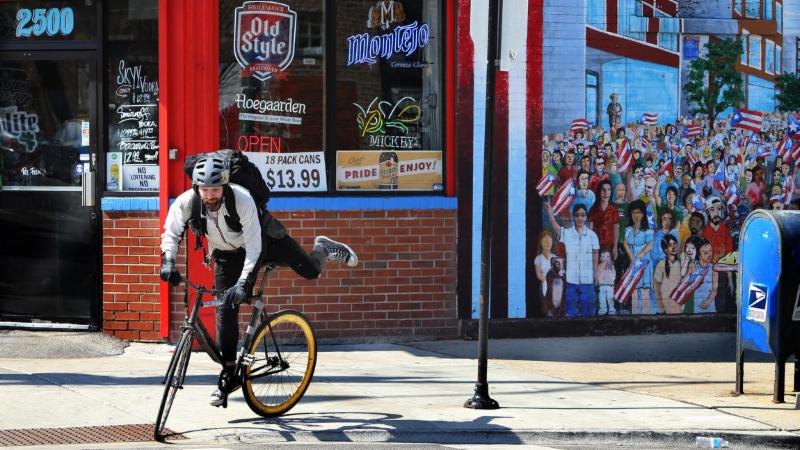 On the 11th floor of City Hall, as a meeting of the Mayor’s Bicycle Advisory Council wrapped up, community activist Deloris Lucas was asked what the city has done to bring bike routes and bike-sharing to her impoverished neighborhood on the Far South Side.

She tilted her head to one side, pursed her lips and paused for a long moment.
“You ready for my answer?” asked Lucas, who lives in the Riverdale area in the city’s southern edge. “There is no answer. … There are no bike lanes. In some spots in my community, we don’t even have sidewalks.” And in her neighborhood, a Divvy bike-sharing station is nowhere to be found.
A Tribune analysis found the city’s expanded Divvy bike-sharing program continues to skew toward white or integrated neighborhoods and the build-out of next-generation “protected” bike lanes-those set off by barriers or extra road space for greater safety-still does not reach many low- and middle-income neighborhoods that are predominantly African-American, such as Roseland, West Pullman and Riverdale, or majority Latino, such as Belmont Cragin and Archer Heights.