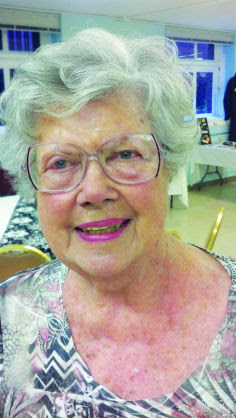 The Puerto Rican Cultural Center and the National Boricua Human Rights Network join the progressive community in mourning the passing of Mary Powers.

Mary Powers became engaged as a result of the slaying of Fred Hampton and Mark Clark of the Black Panther Party. As a new member of Citizens Alert, she was instrumental in reenergizing it (along with others) determined to fight police repression. She also helped push the organization into a more active, visible leadership role against police brutality. She and Citizen’s Alert played a vanguard role in the successful campaign that helped expose the political conspiracy behind the killings and boosted the civil lawsuit on behalf of the victims.

“Mary,” stated L. Alejandro Molina, Secretary of the Board of the Puerto Rican Cultural Center, “was very supportive of the Puerto Rican community’s efforts to achieve justice in the 1977 Cruz-Osorio police murders, attending meetings, helping to publicize and develop support for the families and community workers. She was a regular observer for the 1st Puerto Rican People’s Parade and thereafter, standing with us, when CPD sharpshooters and federal agents continuously tried to intimidate us.”

“She was everywhere,” he continued, “I remember meeting her at a celebration of the Wounded Knee veterans just outside of San Francisco in 1992, when I had moved to the West Coast to work on the International Tribunal of Indigenous Peoples and Oppressed Nations. She laughed at seeing me, (knowing me from Chicago) hugged me, and said it was good to see a fellow traveler.”

Through her leadership, Mary helped created a strong voice that has become a thread of anti-police brutality work that has flourished today.

Years before there was the Invisible Institute suing Chicago’s police department in hopes of cleaning it up, there was Citizens Alert, doing the same thing. And by years, I mean decades. In 1970, three years after it was founded to monitor the police, Citizens Alert filed a suit charging the city with racial discrimination in the hiring of recruits.

Citizens Alert became such a thorn in the city’s side that the police department infiltrated it. Mary Powers, the soft-spoken North Shore woman who ran the organization, recalled figuring out that the CPD’s Red Squad had planted agents in CA’s midst. “For a long time we had no idea these people were spying on us, she told the Reader’s Bob McClory for a 1992 profile. “Maybe we should have. They were the best volunteers we had. They’d come out at any time of day or night and do any kind of work, from sweeping floors to leading a demonstration.”
CONTINUE READING.