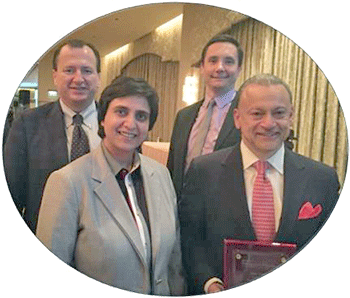 CHICAGO (CBS) — When Hurricane Maria devastated Puerto Rico six months ago, tens of thousands of people lost all of their belongings.

Many children lost school supplies they desperately needed to continue their education.
So when a group of local fifth graders decided to help, CBS 2’s Mai Martinez reports, the kids knew exactly what they wanted to send.

“This one says ‘listen to your own heart’,” says fifth grader Amy Burna

The idea for the service project came about after the students saw the devastation in Puerto Rico after Hurricane Maria.

And later learned their school custodian, Jose Plaza, had family on the island.

“They might not have school supplies they need, so then they thought maybe we should donate like a few pencils and markers,” says Burna.

The students decided to call the project “Pencils for Puerto Rico” and placed donations boxes around their school.

When the students started this project they were hoping to collect 7,000 school supplies.

The response was so overwhelming, by the time they were done, they more than doubled that.

“We have some composition books, some pencils, some crayons, set of markers,” says Burna.

“Most things we have is pencils definitely, so many pencils,” adds fifth grader Maura Carmody.

That’s because some people took the “Pencils for Puerto Rico” theme literally.

“Someone thought that it was just like pencils so they would drop like five pencils in boxes.” says Ada Klein.

Their teacher, couldn’t be prouder.

“When they open these boxes, and they have new backpacks and new everything, it’s going to make their day,” says teacher and project coordinator Matthew Kuntz.

The school custodian will take two of the boxes to Puerto Rico with him in June.

The students are hoping other organizations in the Chicago area with missions in Puerto Rico will transport the other four boxes for them.

They want the kids over there to have the school supplies in time for the start of the school year.