A new report from the Rhodium Group on Puerto Rico’s ongoing blackout has found that Hurricane Maria has spawned the second-largest power outage in the world on record. The only event to have a bigger impact on electricity service was Typhoon Haiyan, one of the largest tropical storms ever to make landfall and the deadliest storm ever to hit the Philippines:

And the blackout in Puerto Rico is still far from over. More than 200 days since the Hurricane Maria’s 150 mph winds and 36 inches of rainfall knocked over 80 percent of the island’s power lines, thousands of Puerto Ricans are still in the dark.

The reconstruction of the power grid — bottlenecked by bureaucracy, outdated laws, and potentially corruption — has been unbearably slow. And just this week, we saw some of that progress frustratingly recede as a tree fell on a crucial power line, knocking out power to 840,000 people. 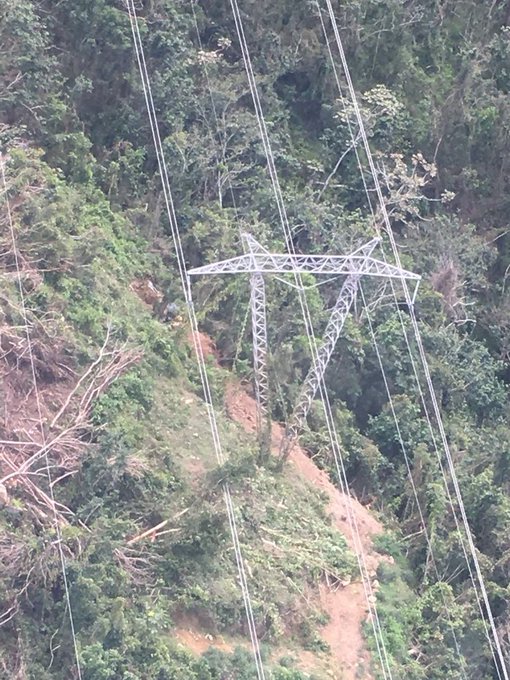 But even before this latest setback, there were still more than 60,000 customers who didn’t have power as of last week (“customer” generally refers to households, which often have several residents). So that means more than 100,000 people haven’t had electricity since last September.

The US Department of Energy had been issuing weekly reports on grid reconstruction progress but did not issue a report this week and did not respond to requests for comment. But Bruce Walker, an assistant secretary at the DOE, told Congress this week that the grid repair bill for Puerto Rico could top $17.6 billion.

Back in October, the Rhodium Group reported that Puerto Rico was already mired in the longest blackout in US history. The island has further extended its lead in this dubious distinction since then:

(The metric here is “customer-hours,” which is the number of customers without power multiplied by the duration of the outage.)

One of the big concerns about comparing Puerto Rico to other blackout events — as Rhodium did in the first chart — is that not every country tracks power data as well as others, and some countries are still electrifying (there are still 1.1 billion people around the world who don’t have electricity), explained Peter Marsters, a research analyst at Rhodium. To establish a proper baseline to make apples-to-apples comparisons, Marsters and his colleagues focused on infrastructure failure events and mass damage events like storms, gathering data from published literature and news reports.

The biggest blackouts occur in densely populated areas with vulnerable power lines and generators, Rhodium found. And while infrastructure failures like the power line damage we saw in Puerto Rico this week can shut off electricity to massive cities, they are often repaired quickly, so their overall impact can be contained.

Extreme weather, on the other hand, hits every part of the power grid, and its effects can compound. “Hurricanes and storms really impact, for the long term, large swaths of the population,” Marsters said.

Another common factor here is that many of the places that suffered long blackouts have remote populations or have cities strewn across islands, making it difficult and tedious to get the necessary repair supplies in place.

As blackouts drag on, the afflicted regions also face permanent changes as people decide not to rebuild and move away. We’ve already seen tens of thousands of Puerto Ricans leave the island for the mainland United States, and it’s uncertain how many will ever go back.

It’s now April. The US Army Corps of Engineers said that power may not be fully restored to parts of Puerto Rico until the end of May. And the next hurricane season starts in June, with above-average storm activity. Which means that when the lights finally turn on in remote parts of Puerto Rico, they may be quickly snuffed out.