Debt from Puerto Rico is the top-performing bond investment of 2018, reflecting an unexpected improvement in the island’s economy and budding hopes for a settlement with creditors to resolve its continuing bankruptcy.

Most U.S. bonds have lost value this year because of rising interest rates, but an index of Puerto Rico municipal bonds has returned 14% year to date, the top performer out of 323 bond indexes maintained by S&P Dow Jones Indices. Prices of certain Puerto Rico bonds have more than doubled since the end of December.

The rally began in January, when Puerto Rico’s government revealed economic data showing previous estimates of the financial impact of Hurricane Maria were overly pessimistic. More recently, investors have been buying bonds in anticipation of substantive talks with bondholders to reach a consensual restructuring, bondholders and people involved in the negotiations said.

Despite signs of progress, living conditions remain difficult in Puerto Rico. The U.S. territory was contending with economic decay, government mismanagement and excessive debt even before two hurricanes struck the island last year. About 60% of children on the island lived below the poverty line in 2015, according to data from the Pew Research Center.

The bond rebound this year rewards fund managers who stuck with Puerto Rico even when prices fell as much as 60% after the September storms damaged much of the island’s infrastructure and real estate.

With roughly $70 billion of debt outstanding, Puerto Rico is one of only a few large trades available to hedge funds seeking investments that don’t move in lockstep with the broader markets.

GoldenTree Asset Management owns nearly $600 million in face amount of Puerto Rico’s subordinated bonds backed by sales-tax receipts, some of which jumped about 133% in value this year, according to data from the Municipal Securities Rulemaking Board.

That windfall comes as Treasury bonds have lost 1.8% since Jan. 1 and the below-investment-grade loans GoldenTree specializes in have returned about 1.3%, according to S&P Dow Jones Indices.

Not all Puerto Rico bondholders benefited equally from the reversal. Some bond prices rose more than others as traders bet that the island’s various debt categories would recover different amounts in the restructuring. Senior bonds backed by Puerto Rico’s sales-tax collections rose by about 63% this year to 57 cents on the dollar, while bonds issued through the commonwealth’s general account climbed about 40% to around 31 cents on the dollar.

Hedge funds Baupost Group LLC, GoldenTree and Tilden Park Capital Management LP own about $3 billion in face value of the sales-tax bonds and are arguing in bankruptcy court that their bond documents give them repayment priority in the restructuring. Hedge funds Autonomy Capital, Aurelius Capital Management LP and Fundamental Advisors own about $2 billion of the general obligation debt combined and are suing to establish their own primacy. A crucial hearing in these factions’ legal battle is scheduled for April 10.

The recovery in Puerto Rico bonds contrasts with an even sharper decline last fall, when Hurricane Maria struck and President Donald Trump suggested the island’s debts should be wiped out to help it rebuild. Baupost’s owner, Seth Klarman, publicly opposed Mr. Trump’s idea, drawing criticism from nonprofit groups that support debt forgiveness for Puerto Rico and have pushed Baupost clients to divest from the firm. 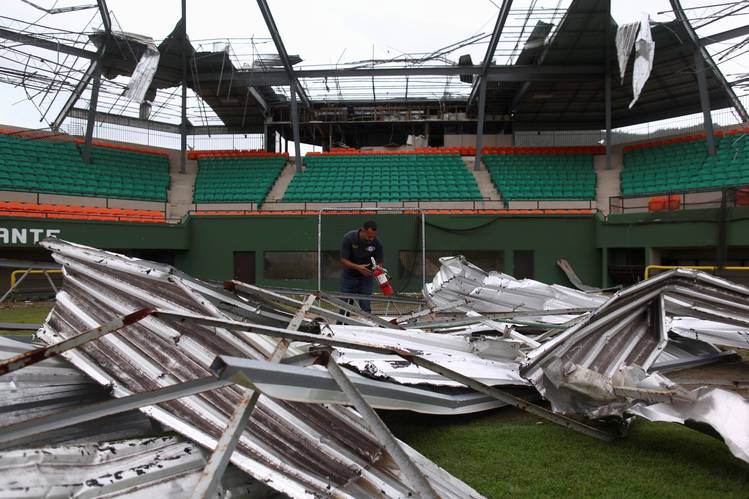 “The construction boom after the hurricane is fueling an increase in bond prices, but that’s going to be short lived,” said Eric LeCompte, executive director of Jubilee USA Network, one of the activist groups seeking debt forgiveness for Puerto Rico. “We should be focused on long-term economic growth for Puerto Rico and that includes debt relief.”

Bondholders say Puerto Rico is still being too conservative in its economic forecasts in order to maximize debt forgiveness in upcoming restructuring talks.

“The reality diverged greatly from the cataclysmic economic contraction that was being projected by the commonwealth,” said Hector Negroni, co-founder of Fundamental Advisors.

Puerto Rico and the federal oversight board supervising it held mediation talks with creditors in New York this month, people involved in the process said. Formal restructuring negotiations are expected to start in April after the board certifies the Commonwealth’s long-awaited fiscal plan for the next five years, the people said. A crucial hearing is also scheduled to start April 10 in the lawsuit between general obligation bondholders and sales-tax bondholders, possibly spurring the parties toward settlement. The oversight board hopes to reach a restructuring plan in less than a year, one of the people said.

Some remain pessimistic about the likelihood of a rapidly negotiated resolution, in part because of the many different types of bonds Puerto Rico must reach deals on, ranging from highway and electric utility-related debt to the sales-tax and general obligation bonds.

“We think the litigation will go on and on,” says Joe Rosenblum, head of municipal bond research at AllianceBernstein Holding LP.

By Matt Wirz at matthieu.wirz@wsj.com