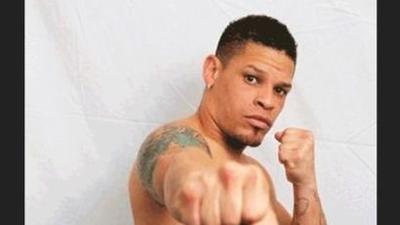 On Friday, it was announced that Orlando “El Fenomeno” Cruz, the first openly gay active professional boxer, will serve as grand marshal of the Chicago 49th Annual Pride Parade on June 24.

Cruz, who represented Puerto Rico at the 2000 Olympics in Sydney, came out in 2012. According to Chicago Pride, Cruz said he did so because he wants to “be the best role model I can be for kids who might look into boxing as a sport and a professional career. I have and will always be a proud Puerto Rican. I have always been and always will be a proud gay man.” In subsequent interviews, he has talked about being embraced by queer and Puerto Rican communities alike.

His other accomplishments include the 2016 World Boxing Organizational Featherweight Title, along with four world boxing titles. He was also one of the first inductees into the National Gay and Lesbian Sports Hall of Fame in 2012. Cruz currently operates a gym in Puerto Rico and plans to fight for another world title in boxing.

It will prove to be a busy trip to Chicago. On June 16, one week before Pride, Cruz will also be honored by the Puerto Rican Cultural Center as “King” of the Chicago Puerto Rican People’s Parade.