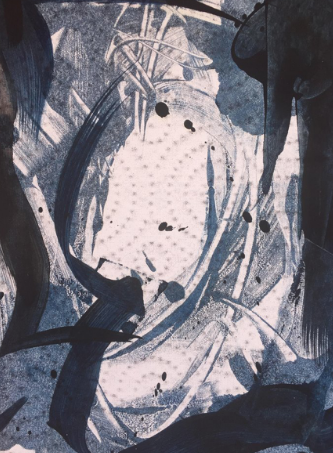 Nine months from the day Hurricane María hit Puerto Rico.  This gestation period since September 20th, 2017 has been one of acceptance, anger, grief, profound healing, lies and unanswered questions.  Many families looking for loved ones who disappeared without a trace, others mourning deaths of family members and friends due to the interruption of primary medical care which has been the main cause of mortality since the natural disaster.

On October 2017, one month after the hurricane, it was reported by local media that 911 cremations were authorized by the government of Puerto Rico. The government denies the deaths of these 911 bodies were caused by the hurricane and that the proper process of identification and certification was followed before their cremation. Therefore, they did not include them in their death toll report to the federal government. Nevertheless, it is widely believed otherwise since the names of these U.S. citizens remain anonymous as the government of Puerto Rico would rather face a class act lawsuit by the “Centro de Periodismo Investigativo” and CNN than to release the names of all the victims who died because of the hurricane.

Richard “TIAGO” Santiago, Hurricane María Puerto Rican Evacuee and Resident Artist of The Puerto Rican Cultural Center in Chicago, decided to work on a project – The Frailty of Strength, and vice-versa – that would give identity to these 911 people cremated one month after the hurricane; as well as give a voice to those who care to help heal this wound.

The Frailty of Strength, and vice-versa is a traveling exhibit that opened in Chicago’s Humboldt Park Boathouse Gallery on May 4th.  Since then, TIAGO has been working arduously to give presence to those erased and has successfully manifested his concept by collaborating with people from different walks of life. “Each work of art is inspired by specific information I get from each collaborator, that is, a name, an age, and a town of birth. This then becomes part of a certification of manifestation along with a unique painted monotype”, TIAGO explains. To date the artist has created almost 300 monotypes, each with its unique design; a parallel to the scientific fact that each of us has a unique fingerprint which identifies our existence.  The monotypes will continue being made and traveling to different states, such as Florida, New York, and Ohio, and ultimately to Puerto Rico with 911 individual monotypes that will constitute a mammoth sized installation. All this done with hope to provide closure to families who have yet to find their loved ones and to a country in need for self-reflection.

As confirmation of the level of disenchantment that exists today in Puerto Rico, Harvard University conducted a study to confirm the deaths caused by, not only the landing of hurricane María, but also the lack of urgency from government officials within the island and especially the Federal government. This study concluded there are 4,645 deaths from September 21st 2017 until December 31st 2017. With only three months of study it has confirmed the death toll is extremely higher than the 16 confirmed by the government during President Trump’s visit to Puerto Rico.   The outrage, indignation and disgust felt by all Puerto Ricans on the island and the diaspora has mobilized a group of artist on the island to symbolically honor these 4,645 people with the placement of shoes donated and personally placed by citizens of Puerto Rico.  This installation resulted in almost 3,000 pairs of shoes aligned and registered with a number in front of “El Capitolio”, the island’s “state” building. As a result, TIAGO was invited to the Museum of Contemporary Art in Chicago to speak about his exhibit, Puerto Rico and how some Puerto Rican artists have conveyed and embodied the current situation of the island.

TIAGO explains that “The Frailty of Strength and viceversa hopes to be an incisive and efficient gesture of resistance to the neoliberal forces that threaten Puerto Rico and the future of its people.”  The birthing of manifestations and outcries like the ones above, initiated by artists and supported by all, is what will keep the dialogue alive in hopes to decolonize, not only our nation, but also the minds of our people.