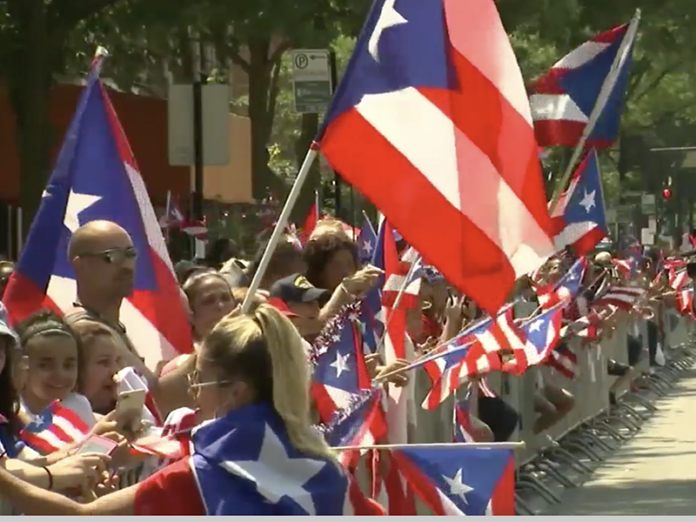 The city lit up with Puerto Rican pride with parades and cultural celebration in two parts of town Saturday.

Division Street in Humboldt Park was lined with Puerto Rican flags and alive with music during the 40th annual Puerto Rican People’s Parade.

“When you see a lot of Puerto Ricans in Chicago it’s like you see Puerto Rico in Chicago,” said Carmen Soto, a parade attendee.

“Just seeing people really enjoying family time together, enjoying the culture, enjoying the wonderful music, dancing on the street, it’s a day that – We deserve this considering what’s going on around us,” said state senator Iris Martinez, 20th District.

The parade featured 75 decorated floats throughout the seven block route.

Jose Gomez, part of Llama Chicago HQ, said the festivities are open to everyone.

“This is a great parade that we’ve been doing for many, many years and it’s not only for Puerto Ricans, everybody is welcome to participate and eat our good food that we have,” he said.

The parade is part of a four day-event celebrating the rich history of Puerto Ricans in Chicago. The event also shed light on the island’s struggles since being devastated by Hurricane Maria in the fall.

After the storm some Chicago firefighters traveled to Puerto Rico and partnered with local fire departments there to help those in need.

“When the hurricane hit I actually received a phone call from them and a letter requesting for help and at that time my gals and guys were getting ready to go,” said Chicago Fire Department Commissioner Jose Santiago. “They climbed up mountains to deliver water, food… just do a lot of great things.”

Those firefighters and first responders were honored by the Chicago community Saturday. Mayor Rahm Emanuel contrasted the CFD’s response with the federal government’s.

“Our city and the mayor of San Juan noted not even the federal government got resources into San Juan. Chicago figured it out,” he said.

Despite all the help the city and the Puerto Rican community in Chicago have provided, Martinez said there’s still more work to be done.

“There’s still a lot of struggles in Puerto Rico and we are a U.S. territory and we are still U.S. citizens and we deserve a lot of respect and a lot more to be cared for,” she said.