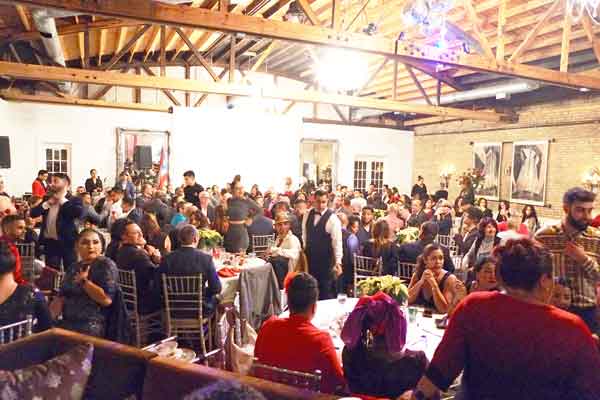 The Vida/SIDA Programs of The Puerto Rican Cultural Center (PRCC) celebrated an elegant 30th Anniversary Gala on Saturday, December 1st, 2018 at Gallery 3949 in Chicago. The sold-out event was an unforgettable evening for staff, friends, partners and special guests.

But let’s get to know more about the history of HIV/AIDS in the Puerto Rican community of Chicago.

More than 30 years ago, the Puerto Rican community of Chicago was ravaged by the HIV/AIDS epidemic. The world was fearful of this growing epidemic. Some survivors never received help, nor did they receive education regarding prevention, which would have decreased subsequent HIV transmission. Countless families lost their sons and daughters without help. They were rejected and received grossly inadequate services or no services at all. Many died a silent death.

At the beginning of the 80s, people did not have the medical services nor the medication to manage their HIV condition. Many of them died battling inhumane conditions on the streets of Chicago. At that time many Puerto Ricans, other Latinx and, African Americans were not receiving adequate medical attention.

In 1988, several members of the Puerto Rican Cultural Center founded Vida/SIDA with the objective to provide culturally and linguistically appropriate HIV prevention services to Latinx and other marginalized people such as lesbians, gay men, bisexuals, transgender individuals, and queer (LGBTQ), as well as others who were at high risk of contracting the virus.

“In our program, we dignify people who live with AIDS and we provide programs and alternatives to help them. We have a community that accepts the different sexual expressions,” said José E. López, Executive Director of the PRCC. 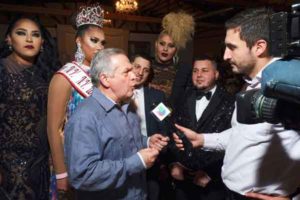 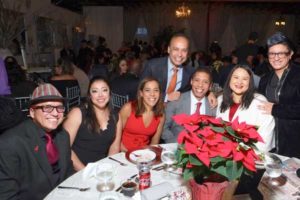 Dr. Jesús Hernández Burgos, Director of Public Health Initiatives of the PRCC, emceed the ceremony and announced the awards of the evening.

The alluring voice of Cassandra Figueroa enthralled the attendees with her powerful rendition of “La Borinqueña”, the National Anthem of Puerto Rico. López gave a message that honored the lives of our departed loved ones and the survivors of HIV/AIDS. He addressed the stigma that the Puerto Rican community suffered thirty years ago.

López also emphasized the importance of continuing to offer health services with equality and dignity for all human beings.

Lisa Isadora Cruz, activist and trans gender woman, delighted the audience with a monologue about a gorgeous jibarita who migrated to the United States. At the end, the character recited the poem “Majestad Negra”, written by the Puerto Rican poet, Luis Palés Matos. Her performance was met with a thunderous applause. Cruz works as an Intervention Facilitator for the TRANS Chicago program. 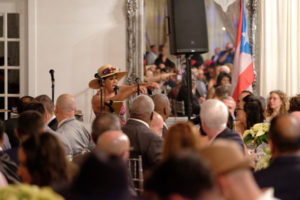 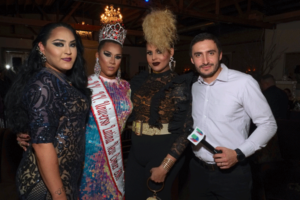 The Keynote Speaker was Luis V. Gutiérrez, U.S. Congressman 4th District, who exhorted the community to continue the fight against HIV and the prejudices that still exist in the minds of people. Gutiérrez received a special achievement for his support to the PRCC programs. 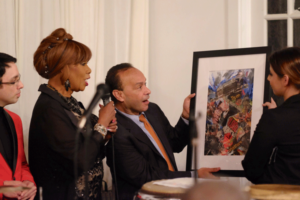 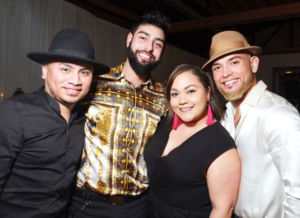 After the program, the music of Orquesta Leal made everyone dance until the early morning hours.