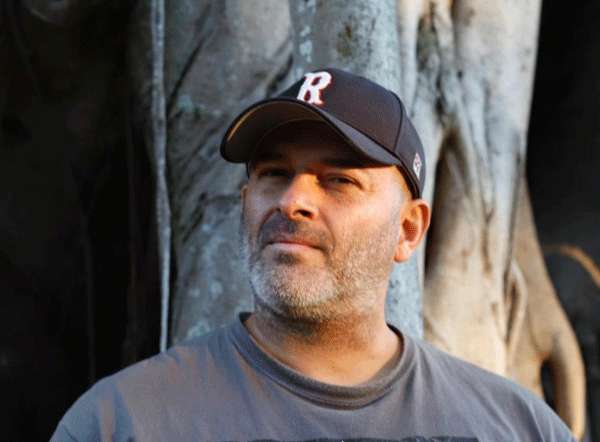 West Palm Beach, FL – December 6th, 2018 – TIAGO (Richard Santiago) was invited to participate in the international public art exhibition, New Monuments for New Cities. It will be visiting 5 cities in North America during 2019.

New Monuments for New Cities is the inaugural project of the New York High Line Network Joint Initiative, a new collaboration between industrial reuse projects in North America. New Monuments for New Cities is a public art exhibition that will travel through the United States and Canada during 2019. Five urban reuse projects that are part of the High Line Network invited five artists or groups of artists to create proposals (in form of posters) for new monuments. Each participating place will produce an exhibition of the 25 works of art, specific to their site.

The participating cities include:

“This was conceived last year, during the elimination of Confederate

monuments, and after what happened here in New York with the commission that evaluated the monuments,” said Cecilia Alemani, who is the director and chief curator of High Line Art. “I really felt that there was something in the air that was worth capturing.”

The national debate on monuments, plaques and memorials has often focused on Confederate figures such as John C. Calhoun and Robert E. Lee. Following a violent rally of white nationalists in Charlottesville, Virginia, dozens of monuments were eliminated in the United States. In New York, the

most heated debate was about the statue of Christopher Columbus that stands on Columbus Circle. Many called for its elimination due to the exploitation and brutality of Columbus towards the indigenous peoples, but it was defended by some Americans of Italian origin as an important part of their heritage. “There is so much hope and optimism in the Friends of the High Line project, of wanting to create green spaces from nothing or something that was supposed to be demolished,” said Ms. Alemani. “And art is now an important component of that experience”.

of the caliber of Guerrilla Girls, Hans Haacke, Nicole Awai, and Judith Bernstein among others. “Over the past few years, I have concentrated on creating collective art projects that focus on social issues and revolve around the concept

of empathy and solidarity. This invitation came at a time when I am displaced by the hurricane but working hard to keep the Puerto Rican issue on the table,” explained Tiago.

The artist has been presenting different formats of his installation The Frailty of Strength and vice versa since May in various places in the United States that include The Museum of Contemporary Art of Chicago, Rutgers University, and Connecticut College. It deals with the 911 cremations by the government of Puerto Rico after Hurricane Maria.

However, for the High Line Network project, TIAGO focused on the issue of gentrification. “Our people are currently undergoing a mass displacement

with the intention of genocide through a process called ethnic cleansing. I

created the design, which is simple and minimalist, with the intention of manifesting the gentrification suffered by our Puerto Rican brothers and

sisters in Chicago and the one that Puerto Rico is suffering on a large scale, “said the artist.