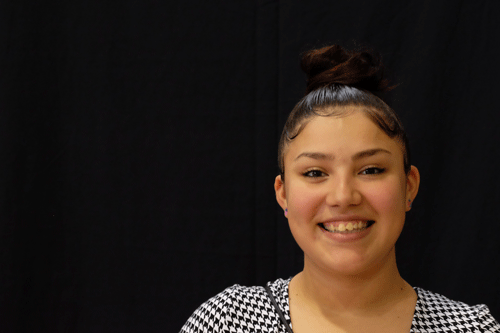 For the third consecutive year, the National Puerto Rican Day Parade (NPRDP) awarded 100 scholarships valued at $2,000 each, for a total $200,000, to exceptional high school and undergrad students of Puerto Rican descent who are making a difference in their communities.

The Puerto Rican Cultural Center congratulates Humboldt Park community students from Pedro Albizu Campos and Roberto Clemente Community Academy, who were selected as recipients of NPRDP scholarships. The outstanding students were Xeerol Lopez from Pedro Albizu Campos High School; Cayla Chico, Nyla Lopez, and Pedro Cora from Roberto Clemente Community Academy. “The legacy of the National Puerto Rican Day Parade is one of cultural awareness, resilience, pride, unity, and education, rooted in the spirit of activism, freedom, and justice. This legacy remains alive and strong today, six decades after the Parade’s founders first marched in New York City, in 1958” (Wikipedia). The National Puerto Rican Day Parade takes place annually in the United States along Fifth Avenue in Manhattan, New York City. The Parade is held on the second Sunday of June, in honor of the nearly four million inhabitants of Puerto Rico and all people of Puerto Rican birth or heritage residing on the U.S. mainland.  The largest Puerto Rican cultural parade is in New York City, followed by Philadelphia, Chicago, and Boston. Initiatives like NPRDP scholarships are invaluable resources created for the benefit of Puerto Rican students to reinforce and nurture the value of Bori–cuas in society. These young pillars of our community will walk with pride into their choices for higher education with their heads held high, representing the future leadership of Puerto Ricans in the United States.

The community of Humboldt Park is proud of the achievements of Xeerol, Cayla, Nyla, and Pedro, and wishes them success in their future paths. This scholarship opportunity will make them forever remember their roots as part of the Boricuas in USA.