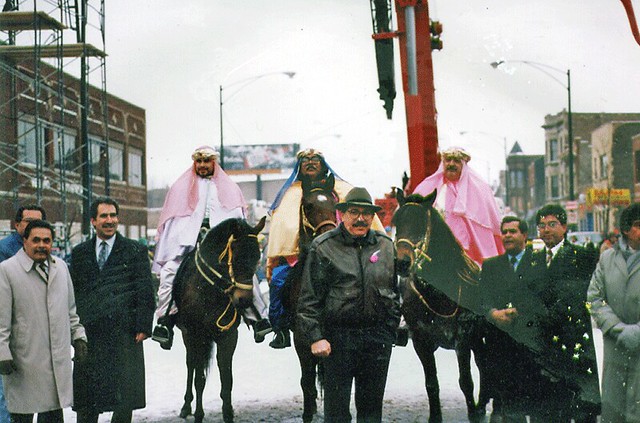 This year marks the 10th anniversary of the establishment of Paseo Boricua, which is encased by the world’s largest steel fabricated flags. During this decade we, as a community, have grown and developed, as well as dug our roots deeper into this area. The Juan Antonio Corretjer Puerto Rican Cultural Center is proud to have played a role, both in the history-making process of reclaiming this area for our community, as well as having anchored it as a physical space for action and reflection.

As we celebrate this historic decade, on January 6, 2005, it is important for me to thank the members of the Puerto Rican Cultural Center for their work and passion which inspires me to continue to serve as its Executive Director. Without them, particularly the youth of Café Batey Urbano, it would be impossible to do my work. At the same time that I express my gratitude, it is important to highlight some of the Puerto Rican Cultural Center’s achievements of 2004. This past year was an amazing one, despite the many obstacles we faced. The following will give a synopsis of some of what we have accomplished:

Without a doubt, the future of our community and that of the Juan Antonio Corretjer Puerto Rican Cultural Center are truly interlaced with that of Paseo Boricua and its two flags. This sentiment was best expressed by Michael Rodríguez Muñiz, Editor of La Voz del Paseo Boricua (the newest project of the Cultural Center), when he wrote: “Standing between two flags, with one hope.”