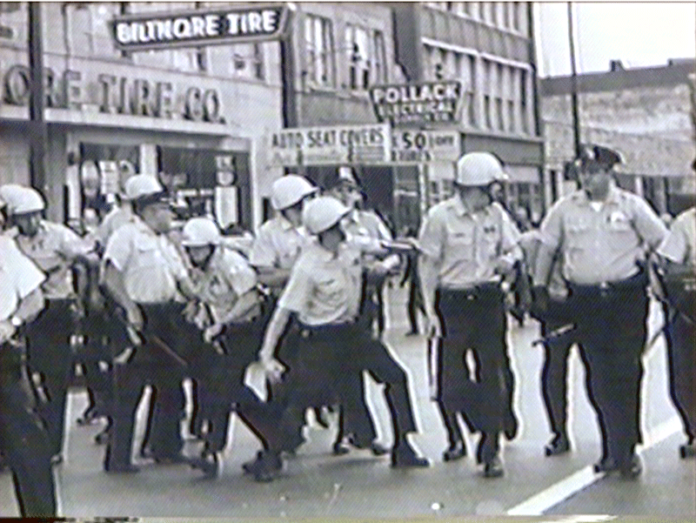 On June 12, 1966, the Puerto Rican community experienced one of the most important urban upheavals in the history of this country. Along Division Street from Ashland to California, already the heart of Chicago’s Puerto Rican community, the people felt a sense of neglect, abandonment, and marginalization– a real state of despair.

That upheaval, known as the ‘Division Street Riots,’ served as a catalyst for the initiation of some of the most transformative activities which any inner city has ever undertaken. From the ashes of burned building and cars, our community slowly began to take its destiny into its own hands. Organized community activity sprouted up everywhere to address the issues of police brutality, poor housing, discrimination, inequitable healthcare, lack of representation in the institutions that directly impacted community life, and also the need for bilingual education.

Forty years later, those seeds of change, planted by the efforts following the riots, have blossomed into a community of hope and change.

Today we count in the hundreds the number of Puerto Rican educators of all sorts, including professors, principals, teachers, as well as policemen, firemen, doctors, nurses, lawyers, engineers, architects, bankers, and entrepreneurs.

Today we have 11 Puerto Rican elected officials at every level of government, among whom we count the only Puerto Rican Congressman from the Midwest, Luis V. Gutiérrez, State Senator Miguel Del Valle, one of the most powerful legislative figures, as well as the most senior Latino elected official, Commissioner Joseph Berrios.

Although we are still plagued by many of the social problems that we confronted in 1966, we have learned to turn adversity into a challenge as exemplified in our collective response to the displacement of our community.

That is why today we can truly affirm that we have one of the most dynamic commercial and cultural corridors of any Puerto Rican community in the United States. We have transformed ‘La Division,’ which was once typified by its despair, into a center of possibilities known as Paseo Boricua.

Between two of the world’s largest steel structured flags, businesses thrive and cultural life is vibrant. Festivals, murals, parades, galleries, dance studios, placitas, facades and banners reminiscent of Viejo San Juan, our very own Walk of Fame, and the Institute of Puerto Rican Arts and Culture, all come together to create our own “pedacito de patria.”

Forty years later, we have truly learned to turn despair into hope.