Which Way For Community Organizations: Centering The Margins or Corporate greed? 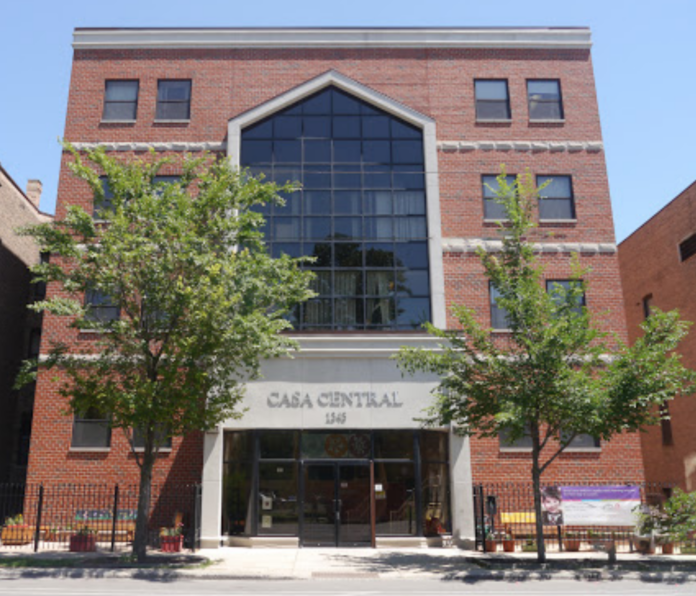 For decades, Puerto Ricans in Chicago cherished an institution that few could lay claim to – a nursing home unapologetically rooted in its community’s culture and heritage. It would go on to become the oldest and longest-lived Latino social service agency in Chicago. When Casa Central opened its doors in 1954, it was the only place where thousands of Puerto Ricans could find the help they needed to survive a world so alien to them upon arrival. Not long after that, Casa Central opened its acclaimed nursing home. This new enterprise was a celebration of culture and identity. Such a nursing home may have been a tectonic shift for Chicago, but it was a natural progression for an authentically rooted Puerto Rican community organization.

In the 1960s, Casa Central broadened its mission so it could serve newly arriving Cuban immigrants. Even with this additional commission, under the leadership of Jose “Viejo” Torres, Casa Central continued unabated to serve the socio-cultural needs of all the community’s Latino residents. However, beginning in the 1970s, there was an overhaul of its mission and vision under the leadership of Rev. Daniel Álvarez and his family. La Casa Central now embraced a corporate model of social services.

Decades later, and without prior warning, Casa Central’s Board of Directors sold the community’s prized nursing home to the highest bidder. Where once there was a mission-driven enterprise that honored the heritage and the lived experiences of area residents, now there is a business (Center for Elderly Hispanics) where executive leadership obeys its fiduciary duty to maximize profits for remote, non-Latino shareholders.

The COVID 19 pandemic has exposed ugly truths. Among them — corporate profit schemes are incompatible with effective holistic care. There is a rudimentary disconnect between making lots of money and authentically serving a community in a literal life and death struggle for resources. According to The Illinois Department of Public Health in May of 2020, The Center for Elderly Hispanics suffered the highest COVID-19 death toll of all nursing homes in Illinois. The generation that brought us into the world, nurtured us, helped us to make sense of what surrounds us, and passed onto us our proud heritage has been dying off faster than any other group in all of Illinois. This loss is catastrophic and irreversible.

From cradle to grave, Puerto Ricans confront historical and generational traumas and other maladies common among marginalized populations, yet we persevere. The capacity to endure great hardship, is the noble inheritance modeled and passed down to us across generations. In our golden years, however, we expect some of life’s burdens to ease because we are elevated, loved, and honored for our long devotion to family and for our accumulated wisdom – as evidenced by the often-heard dictum, “Respeta la cana” (Respect the gray hair). This promise of a noble “third age”, however, is upended by Casa Central’s fire sale. It was a shortsighted and treacherous money grab that is usurping the end of life dignity of our heroic, unsung elders as it overwhelms those of us left behind. The following narratives speak to that reality.

Samuel Calderón moved to Chicago from Luquillo, Puerto Rico in the early 80s. He found a job, married, and started a family. He is now on disability, struggles with addiction, and suffers a chronic heart condition that lands him at the Norwegian American Hospital emergency room up to five times a month. His son Juan laments there are no effective long-term care options for his father in the community. Juan is a community leader who works full-time and sits on several boards. When he comes home, his full attention goes to his father’s care. Where once La Casa Central Nursing Home would have been an obvious choice for Puerto Ricans in their golden years such as Samuel, the younger Calderón insists he would never leave his father in the place that succeeded it. According to Juan, the new nursing home is owned and managed by non-Latinos . “They don’t get how important it is for Puerto Ricans to be connected to their Puerto Ricanness.” Juan describes a thriving Puerto Rican food scene that surrounds them, but that no Puerto Rican restaurant has been contracted to prepare meals for Center Home residents. Juan goes on to argue that Center Home for Hispanic Elderly is in the middle of a vibrant, and culturally rich

community of Puerto Rican art, culture, and life, yet the nursing home chose to cut itself off. He described it as a self-imposed silo, oblivious to the beauty that

surrounds it. Juan added, “And why does the Center not have a relationship with Norwegian American Hospital? It only makes sense! Why does it not have relationships with community organizations in the neighborhood so it can provide wrap around services? That’s basic prevention. You know, there’s more to health care than calling the ambulance when one of your residents gets sick!”

Nelson Rodríguez III recently said goodbye to his grandfather – also Nelson Rodríguez. The young man described his grandfather as a proud man who passionately loved everything Puerto Rican. When the elder Nelson became eligible for subsidized housing and an opening came up, he moved quickly. However, when the grandfather found himself miles away from the smells, sights, and sounds of his Puerto Rican neighborhood, he abandoned the long-sought housing, and returned to Humboldt Park. The young Nelson regrets his grandfather was not in the kind of nursing home that would have better cared for him once it was discovered he was ill. “He really needed professional care, but he also really needed to be close to his family and to his Puerto Rican culture.” The older Nelson often referenced the seminal Puerto Rican song, “En Mi Viejo San Juan”, where the composer laments his hair has grown white, his life is slipping away, and Death is calling for him, but what troubles him is he does not want to die away from his soul – his Puerto Rico. Nelson’s grandfather passed away from pancreatic and liver cancers on August 6, 2020.

Noel Sánchez is a union organizer for SEIU Local I Humboldt Park. When he came to Chicago from Puerto Rico, he lived and worked as a maintenance repair person at a Hispanic Housing site, a residential home for senior independent living. Many elderly Latinos reside there before they require the around the clock care of a nursing home. Sánchez grew close to the seniors he lived with and worked for. They exchanged stories of their growing up in Puerto Rico, they celebrated one another’s birthdays and anniversaries, they played dominoes, and they all looked out for one another. Even after they left to live in nursing homes, Sánchez kept in touch with many of them. Several transferred to Casa Central’s nursing home. Sánchez was not aware that Casa Central had sold its nursing home to a private, for-profit entity. He believes it was purposely kept quiet. He said that it makes sense now, explaining that his old friends began to complain bitterly about the nursing home around the same time the sale went through.

Now that Sánchez is an SEIU Local 1 organizer, he works closely with those who live and do maintenance work in Hispanic Housing sites, just as he once did. He described his union brothers and sisters as hard working people suffering from trauma. As did Sánchez, other maintenance repair people have forged bonds with the seniors they live with and work for. Now the COVID-19 pandemic is taking a quick and severe toll on their friends. At one point, Hispanic Center for the Elderly had the most COVID-19 deaths of all the nursing homes in Illinois. Sánchez explained that behind each one of those deaths, there was a person who was loved, who gave love, and is now mourned too soon. Sánchez draws a connection between the sale of our community’s nursing home and the shoddy conditions that left our seniors vulnerable to infection and death.

Dina Cruz is a Puerto Rican woman who has lived in Humboldt Park for more than 50 years. She says that the Center Home for the Elderly used to be a community institution until Casa Central sold it for profit. Cruz said, “The only thing they want to do is take our money. It is not a place I want to be at 76 years of age.”

The Puerto Rican community lovingly sustained La Casa’s nursing home across turbulent decades. Through riots, recessions, Arctic blasts, a killer heat wave, and 9-11, it was an area where elderly Puerto Ricans intentionally constructed their home space — reconnecting the senses with their rich past. They heard and danced the rhythms of Puerto Rican boleros, trios, bomba y plena; they ate arroz con gandules, bacalao, mofongo, and alcapurrias; they played dominoes, engaged in tertulias, they saw they were integrated seamlessly into the life of the Puerto Rican community. Unfortunately, this has come to an end. The nursing home that intentionally grounded the connection between its residents to their heritage has been eviscerated. In its place, stands a business void of meaningful connection to the community it makes money off of.

The Casa Central Board Treasurer, John Filan, is a keen advocate of privatization. When his consulting and accounting company was hired to review the Chicago Park District’s finances, his recommendations led to the firing of more than 1,100 employees, the doling out of contracts to for-profit companies, which effectively privatized the jobs he had just eliminated, and effected an 11-fold increase in registration fees, e.g., softball teams ($45 to $500), thus effectively privatizing City recreational areas for those with the disposable income to afford it.

There is no doubt; Humboldt Park must revive the model of elderly care we inherited from the generation before us. We need to reestablish the vision of a truly community-rooted nursing home — one that is organic, culturally informed, and mission driven, not a business designed to yield profits for investors with no involvement in our community other than a column in their portfolios. And once we do this, we must ensure that it is not again taken from us under cover of darkness. We owe our parents and grand parents so much more, but at the very least, we owe them this.

One lesson to be taken from this unhappy history:  To ensure a mission-driven, community based organization stays true to its commitments and to the spirit that created it, the organization must codify its mission and vision in the organization’s bylaws and with the Board of Trustees.