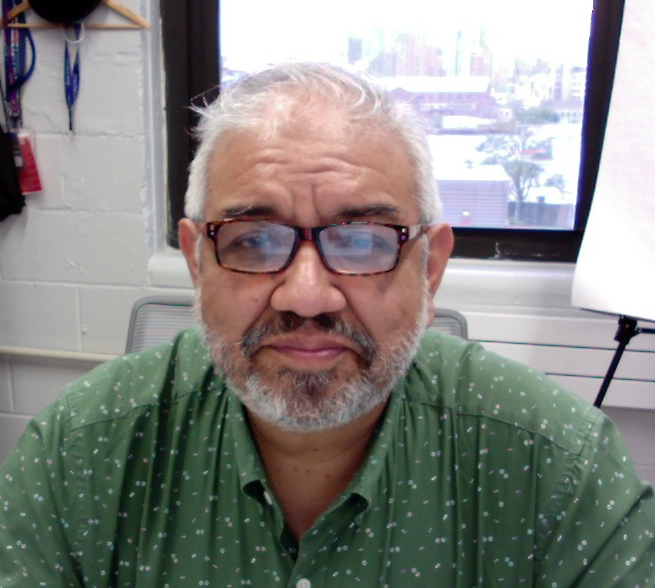 Secretary, PRCC Board oF Directors

Luis Alejandro Molina has worked at the Puerto Rican Cultural Center (PRCC) since he was 17 years old. He began as a math tutor and is currently Secretary of the Board of Directors of the PRCC, where he works with its Media Team. Alejandro has organized support for the defense of human rights and the release of the Puerto Rican Political Prisoners in the Puerto Rican communities of New York, Hartford, San Francisco, and Chicago.  Alejandro is the former editor of Libertad, the official organ of the National Committee to Free Puerto Rican Political Prisoners and Prisoners of War, and has served on the Advisory board of other community newspapers, such as Boricua, and La Patria Radical. He produced “Cada Guaraguao tiene su Pitirre” and “USA on Trial” parts 1 and 2 with co-producer Carla Leshne. He is the editor of “USA on Trial”, based on the San Francisco Tribunal of Indigenous Peoples and Oppressed Nationalities counter-celebrating the quicentennial. In conjunction with the Hispanic Information and Telecommunications Network (HITN), he is working on a documentary about Oscar López Rivera. He also serves as President of the Board of Directors of Youth Connections Charter School (YCCS), which serves 2500 at-risk students in Chicago. He also led the team which included Nadya Henriquez Lowy, Virginia Matos, and Jan Susler, that produced the José E. López70th Birthday event. Presently, he is working on the digital archives project with Board Member Dr. Ann Peterson-Kemp.

Freedom Ride: A Journey Across the Geography of Human Dignity (With Michael Reyes)

USA on Trial: The International Tribunal on Indigenous Peoples and Oppressed Nations in the United States (Editor)

USA on Trial: The International Tribunal on Indigenous Peoples and Oppressed Nations in the United States (Co-editor with Carla Leshne)