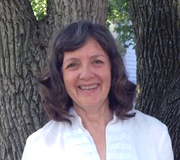 President, PRCC Board of Directors

Margaret Power is President of the PRCC Board of Directors. She is a Professor of History at the Illinois Institute of Technology. Her first book, Right-Wing Women in Chile: Feminine Power and the Struggle against Allende, 1964-1973, was translated into Spanish and published by the National Library of Chile. She subsequently co-edited two books that examined various manifestations of the Right around the world. She co-authored her next work, Hope in Hard Times: Norvelt and the Struggle for Community during the Great Depression. In addition, she co-edited a special issue of Latin American Perspectives on solidarity and one of Radical History Review on Puerto Rico. She currently is a member of the editorial board of Radical History Review.

This article explores why President Clinton sanctioned the release of the Puerto Rican
political prisoners in 1999 given that nineteen years earlier, the U.S. government, media, public opinion, and even some of the pro-independence Left had excoriated them as terrorists. To explain Clinton’s decision and the shift in much of public opinion, this article traces the political contours and development of the campaign to release the prisoners. It divides the campaign into two phases. From 1980 to 1990, the campaign argued that a state of war existed between Puerto Rico and the United States, defined the prisoners as prisoners of war, and linked support for the prisoners to the FALN and armed struggle. From 1990 to 1999, it framed the prisoners’ release as a fundamental human rights issue and called on Puerto Ricans to embrace the prisoners as part of the Puerto Rican family and nation. This change allowed the campaign to become broader, more inclusive, and successful. [Key words: FALN, campaign, political prisoners, solidarity movements, pro-independence politics] Read the article below…

Lolita Lebrón led the Puerto Rican Nationalist Party’s March 1, 1954, attack on the US Congress to bring world attention to US colonialism of the island. She recounted, “[Pedro] Albizu Campos [Nationalist Party president] named Lolita Lebrón … leader of the attack. He named me and I was Albizu Campos’ top delegate in the New York chapter. No one was above me. That’s how it was.” She added, “I don’t want to say I was a victim, but I was affected by machismo.” The other members of the commando unit were male Nationalists, Rafael Cancel Miranda, Andres Figueroa Cordero, and Irvin Flores. For Lebrón, being a woman leader was difficult. My compañeros were men and I was the only woman … They fell under so much pressure thinking they were men; they were the ones who gave the orders. on anything. I love these men. They are magnificent … [but] they were from a time when men ruled supreme.” Continue reading below…

Seeing the U.S. Empire through the Eyes of Puerto Rican Nationalists Who Opposed It

A poll conducted shortly after Hurricane María devastated Puerto Rico in September 2017 revealed the disquieting truth: only 54 percent of U.S. residents know that Puerto Ricans are U.S. citizens.1 Not only do most people living in the United States not know this, but also they don’t realize that Puerto Rico has been a U.S. colony since 1898 and remains one in 2019—121 years later! Puerto Ricans living in Puerto Rico are not allowed to vote in federal elections—not for Congress, nor for Senate, and not for the President—let alone exercise self-determination. 2 U.S. colonial rule of Puerto Rico simultaneously confirms that the United States is an empire and demolishes the myth it is an altruistic or democratic ruler. The Trump administration’s response to the devastation of Hurricanes Irma and María attests to that most clearly. Continue reading below…

In June 1958, Carlos Padilla Pérez, a member of the Puerto Rican Nationalist Party, addressed a gathering of Argentines organized by the Amigos pro Líbertad de Puerto Rico in Buenos Aires. He thanked them, his “fellow citizens of Our América,” for their solidarity and evoked the image of a shared history and a common heritage. Just as the Argentines “crossed the Andes in pursuit of the enemies of freedom” during the wars of independence in the 1800s, so, too, did Puerto Ricans join the continental fight against Spanish colonialism. The Puerto Rican general Antonio Valero de Bernabe “fought for the independence of Mexico” and then hastened to continue the battle against Spanish colonialism alongside “the Liberator Bolivar in whose army he achieved positions of distinctíon.” Recognizing that the historical moment has changed-“the patriotic armies are no longer intertwined along the paths of Our América as they once were” -Padilla nonetheless urged Argentines to support Puerto Rico’s ongoing struggle against colonialism, now directed against the United States.
Continue reading below…

The Forging of Proud Puerto Rican Nationalist Identities in Chicago

INDEPENDENCE IS THE PROGRESSIVE SOLUTION TO US COLONIALISM IN PUERTO RICO