A Call to Rethink Columbus Day 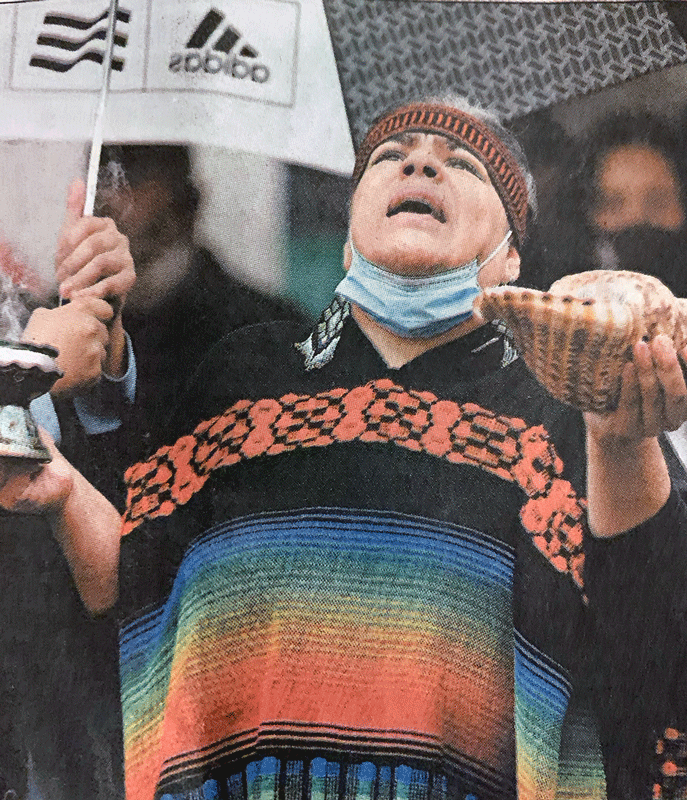 Chicagoans simultaneously celebrated two divergent holidays on October 12th. While some waved Italian flags and decried the City’s removal of two statues depicting Christopher Columbus, a larger crowd gathered to commemorate Indigenous Peoples Day – or Día de La Raza, which recognizes this hemisphere’s original inhabitants who were all but destroyed in the genocide that was jump-started by this same European explorer. The Puerto Rican Cultural Center’s executive director, José E. López addressed the gathering of Native Americans, Latinos, and anti-colonial /social justice activists of all backgrounds that were gathered in Pilsen’s Plaza Tenochtitlán. López rejected the false equivalency of paying tribute to the Columbus Holiday and honoring Italian heritage. The executive director conveyed his belief that both Indigenous and Italian heritage can be celebrated, but admonished, “Preserving Columbus Day means the further perpetuation of modern colonization, which is structural racism and the ultimate form of White Supremacy.”