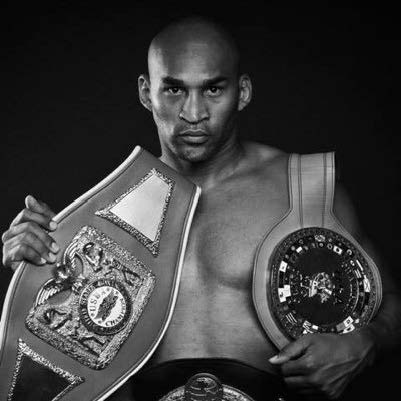 Fres Oquendo has never backed down from a fight, and he continues to combat the injustices waged against him by the World Boxing Association. The World Ranked Heavy Weight Boxer is no stranger to injustice. Oquendo’s fight has always extended beyond the boxing ring, and beyond his own circumstances. At the same time that Oquendo has been fighting the WBA for his rightfully earned shot at the WBA World Heavyweight Title, he created the Fres Oquendo Boxing Academy, which is a nonprofit organization that provides at risk youth the unique opportunity to learn important life skills through the sport of boxing”. Oquendo has deep roots in our community and has served as a role model to the youth of The Puerto Rican Cultural Center. We take this injustice against Oquendo as an injustice against all Puerto Ricans and Latinos. We demand that this be resolved, and that Oquendo receive his long-sought vindication.

Fres Oquendo was born in Puerto Rico and raised in one of Chicago’s most infamous housing projects “Lathrop Holmes”. He defeated the odds through boxing. As an underprivileged and at-risk youth, Oquendo faced the daily struggles of gang violence, drugs, and extreme poverty. He had a vision and was determined to create a better life for himself and his family. Understanding the struggles that many underprivileged inner-city youth continually face is what motivated Fres to open a boxing gym, not only to train the youth in boxing but also give them the life skills needed to be productive inside and outside of the ring.

Now Oquendo is utilizing the lessons he teaches the youth he works with to continue his seven-year battle with the WBA. This time Oquendo is fighting the heavyweight title fight between Manuel Charr and Trevor Bryan scheduled for January 29, 2021, because the WBA has breached their contracts with Oquendo and wrongfully passed him up to fight for his World Heavyweight Title four different times since 2014. Since 2014 Oquendo’s Boxing career has been put on hold at no fault of his own, Oquendo already won a lawsuit which ruled an immediate rematch in 2014 against Ruslan Chagaev for the WBA World Heavyweight Title. Since that ruling in 2014, each time Oquendo was scheduled to fight for the WBA Heavyweight Title, the bout did not take place because each of his opponents failed his drug test. Subsequently, the WBA failed to order a new fight with Oquendo against the next available contender. Instead, they approved title fights involving other top contenders and bypassed Oquendo completely. Moreover, the WBA disregarded its rules when it allowed Charr to remain heavyweight champion without a mandatory title defense (or any title defense) since his last fight more than three years ago. Lastly, The WBA has repeatedly disregarded its own rulings and agreements regarding Oquendo fighting for the WBA World Heavyweight Championship resulting in extreme hardship and financial loss to Oquendo. Oquendo argues that all of these injustices perpetrated by the WBA can only be rectified by an immediate injunction against the WBA and a mandatory title shot for Oquendo. Fres “Fast Fres” Oquendo has been fighting his whole life and he is more determined than ever. He has beat the odds before and he plans to do so again against his most recent opponent, the World Boxing Association. To support Fres Oquendo at his upcoming court case on 3/17/2021 at 9:15am call (888) 557-8511 and use access code 3547847.