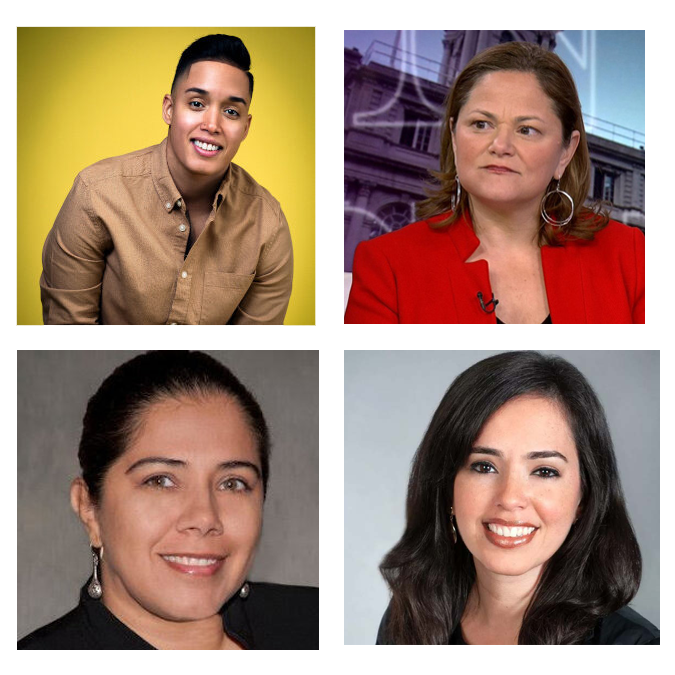 To commemorate International Women’s Day, I interviewed four powerful Puerto Rican women who are at the vanguard of policy and advocacy work for Puerto Ricans in the diaspora and on the island. Jessie Fuentes, Mariana Osoria, Cristina Pacione-Zayas, and Melissa Mark-Viverito have much in common, but what is most noteworthy and inspiring is that each one has been an advocate and activist for social justice nearly their entire lives. From protests with Mami and Papi, to student activists, to grassroots community organizers, to powerful politicians and policy advocates, these women have dedicated their lives to our community. Notably, in each conversation, one familiar topic independently arose: all discussed the frustration that although women and gender non-conforming folks have historically been the back bone of liberation movements, men typically become the face of the movements. Consequently, I write this as more than a celebration of International Women’s Day, but as a call to action for us all to work everyday, and at all times to actively celebrate, honor, and center the voices and leadership of women and gender non-conforming people. As Jessie Fuentes responded to this point, “It starts by highlighting women outside of International Women’s Day”.

So let us celebrate the incredible work that these women continue to do! Just last year, Melissa Mark-Viverito became the Chief Policy Officer for The Puerto Rican Cultural Center following her eminent and long-lived career in New York politics, her elected position as the speaker of the New York City Council, and her successes working to free the Puerto Rican political prisoners, as well as her mobilizing efforts to get the U.S. Navy out of Vieques. In her current role, Mark-Viverito is working on the most pressing issues now facing the Puerto Rican community in the diaspora and on the island, including the Self Determination Bill recently introduced by two other powerful Puerto Rican women, Nydia Velázquez and Alexandria Ocasio-Cortez. Melissa Mark-Viverito has also been working with #Power4PuertoRico to create a national diaspora network and platform to promote collaboration, connection, and cohesion among Puerto Ricans in the diaspora. When Mark-Viverito was discussing the challenges she has been up against with the Self Determination Bill she explained that the movement for Puerto Rico’s statehood is extremely well financed, which means they can move money around easily to get support from elected officials. Consequently, Mark-Viverito says the work she is doing to support a process of Self Determination for Puerto Rico must be much more creative and sensitive. For this campaign Mark-Viverito describes her strategy as a more thoughtful grassroots effort that is building education/awareness and relies heavily on coalition building with people like Reverend Al Sharpton and communities that have stood with us in struggle.

All of the women leaders I spoke with discussed the bigger picture of transformation through the work they do. These women are proud Puerto Ricans grounded in work to support the Puerto Rican community in the diaspora and on the island. This work for social justice has deepened their belief that we cannot create meaningful change without solidarity. When Jessie Fuentes and Mariana Osoria, the co-chairs of the Puerto Rican Agenda, spoke of the larger vision for their organization, they spoke of the fight against global gentrification. They connected the fight on the island to the fight in Humboldt Park. They explained the necessity of establishing a sustainable cultural corridor through a bill introduced by State Representative Delia Ramírez. Fuentes believes the magnitude of the issues happening this moment requires our solidarity—such as racial injustice, the murder of our Black siblings at the hands of police and White supremacists, and the COVID-19 pandemic. Both Mariana Osoria and Jessie Fuentes discussed the importance of the Puerto Rican Agenda’s guiding principle of Solidarity Not Charity, which informs their work in coalition building, and was powerfully solidified during their work to support the relief efforts after the devastation of Hurricanes Maria and Irma as well as the recent earthquakes that rocked the island. Both co-chairs of the Agenda also discussed how a big part of working to build relationships and coalitions with groups in Puerto Rico is to check our privilege as Puerto Ricans living in the diaspora, and with voting privileges, our families on the island do not have. It was moving to hear these women talk about the work they do to address the historical and current realities of colonialism on the island, and see how that informs the work they do in solidarity towards all peoples’ liberation and self-determination.

The most beautiful stories I heard from these powerful women illustrated how they have been supported by other Puerto Rican women in their field, which has allowed them to get to where they are now. Cristina Pacione-Zayas replaced Iris Martinez and became the new State Senator in this area. When asked, Jessie Fuentes shared that she was inspired to take the role as Co-chair of the Puerto Rican Agenda because she wanted to co-chair with Pacione-Zayas and have a women led Puerto Rican Agenda. Melissa Mark-Viverito also discussed how important her work with the 21 in 21 campaign is to her, which works to get more women elected to the New York City Council. Mark-Viverito talked about how deeply she believed in mentorship and intergenerational organizing because that is how we ensure our work continues even after we are gone.