EducationCommunity as a CampusUncategorized
July 3, 2021 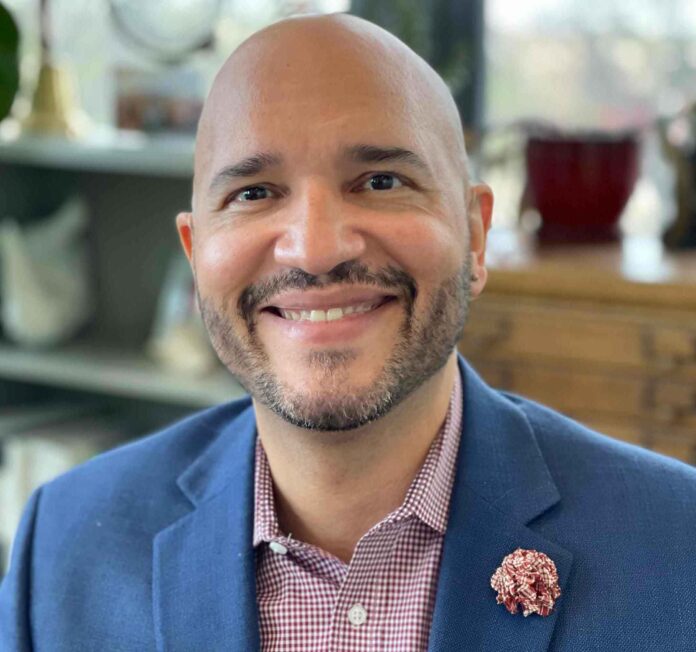 Congratulations to Principal Sergio Mojica on his new four-year contract. Now, the Clemente Community— LSC, CBOs, parents, faculty, staff, but most of all students— can continue with the work that helps to realize our school’s mission— facilitating academic and personal growth through culturally relevant and responsive pedagogy housed within an anti-racist, de-colonizing framework, inspiring internal motivation and developing problem-solving skills in all students. It also means that continuity is maintained in our policies and practices addressing our students’ well-being, including physical, social, and emotional health.

Clemente has long advocated and has succeeded in creating academic fairness and inclusion to ensure that every child has the culturally-relevant resources, teachers, interventions, and supports they need to thrive. In fact, its earliest reform dates back to 1989 when the CARC (Committee Against Racism at Clemente later called Action Committee to Reform Clemente) was formed. CARC was made up of parents, students, educators and community leaders, who collectively initiated sweeping reforms in the best interests of students.

Out of this wave of reforms comes a multicultural curriculum that was created by Clemente teachers with guidance from experts recommended and hired by the LSC using Title I funds (formerly known as Chapter I). This multicultural curriculum reflected the school’s diverse population and was infused with the histories and identities of its students. The reform period also included The Parent/Safety Committee where eight security guard positions were replaced with 50 parents. Because of this, the school experienced a dramatic decrease in disruptive behaviors. Other programs included The Parents’ Institute, the Cimarrón Cultural Program, a project to integrate cultural programs into the school curriculum, a Student-Leadership Program, a Cultural Immersion program that funded trips for students to Puerto Rico and Mexico, The Small Schools Concept, and much more. These programs were all intended to instill self-love and pride in different identities, and addressed the needs and aspirations of Clemente students. These reforms helped to empower students, parents, teachers and all other stakeholders in taking ownership of their education and future.

The efforts, during the reform period, to transform Clemente into a school that dignified and honored students’ cultural backgrounds and experiences was threatened when a detestable article published in February 1997 in the Chicago Sun-Times accused the school of mismanaging Chapter I funds. The same reform efforts that are the norm in economically wealthy schools were criminalized at Clemente, and without due process, Chicago Public Schools’ central administration criminalized the school reform process at Clemente and took control of the school. During the same period of reform at Clemente, an underground publication called “El Pito” published inflammatory stories using caricature drawings of community leaders denouncing and criminalizing the reform efforts at Clemente proving that there was a concerted effort to destroy the humanizing and transformative work taking place at Clemente. Many individuals during the campaign against Clemente in the 1990s and a similar set today, seek to spread the same vicious attacks in the form of gossip and innuendo: “Don’t trust José López, don’t trust The Puerto Rican Cultural Center.”

This is not the first time in Clemente’s 48-year history that challenges had to be met to maintain stability in our beloved community school. As a result, a group of supporters (which included alumni, teachers, support staff, community members and other stakeholders) decided to organize in favor of Principal Mojica. Alumni created the hashtag #MojicaforClemente and shared personal stories on social media. Nearly 140 people signed on to a petition demanding that the LSC reconsider its vote and shared memories and words of support for Mr. Mojica. At every LSC meeting since the March 24 vote, dozens of supporters spoke out in support of Mojica during public participation. In a survey where a combined 60% of teachers and support staff responded, the results showed that 87.5% supported the renewal of Principal Mojica’s contract. The support was there. We just needed the LSC to listen with open ears and open hearts as the future of Clemente and the community rested in their hands.

Although in the end, our organizing efforts were successful, organizers were frustrated at times. The re-vote was delayed for a second time due to unexpected resignations. Nonetheless, supporters and advocates persisted and seized the time to continue garnering a wider net of support for Principal Mojica.

On May 10, the LSC reconvened to vote on the new community rep and to take another vote on Mojica’s contract. According to the report back by the LSC Chair, the group discussed addendums they want to see added to Principal Mojica’s contract. After the reviewing of the addendums, the retention vote followed. After almost two months of organizing and advocacy work, all eight voting LSC members voted to renew Mojica’s contract for another four years. While some attendees erupted into loud cheers and clapping, others sighed a breath of relief knowing that the future of Clemente and our community was stabilized.

Principal Mojica is committed to continue uplifting and sustaining the legacy of Roberto Clemente Community Academy by challenging popular beliefs and advocating for the continued progress and uplifting of all students – our youth, the future of our community- at Clemente.

To all the students, staff, teachers, and community leaders, thank you for your activism and passion. Thank you for advocating on behalf of justice and consistency. A special thank you to the LSC members for listening to what the Clemente community had to say about the school’s future and also for meeting with Mojica to scrutinize his decisions and being open to continuous dialogue and finally reaching a productive compromise. This process was not easy for either side, but a productive outcome has guaranteed a working unity for the next four years. That effort is much appreciated.

As the entire Clemente community continues to move forward, let us engage in healing practices by working together and communicating factually. Let us redouble our efforts in reflecting and communicating our differences in approaches so that we can agree on resolutions that work for us all. There is a power that we must realize in restorative justice. Our goal is to create community, a culture of calm and camaraderie. ¡Si se puede!

Clemente’s accomplishments under Mojica’s leadership made the advocacy work to retain him for another four years much easier. Many of the programs that were imagined and created in the 90s, are still in place but with stronger support to ensure equity, adequacy, and sustainability. Principal Mojica’s most recent accomplishments include: