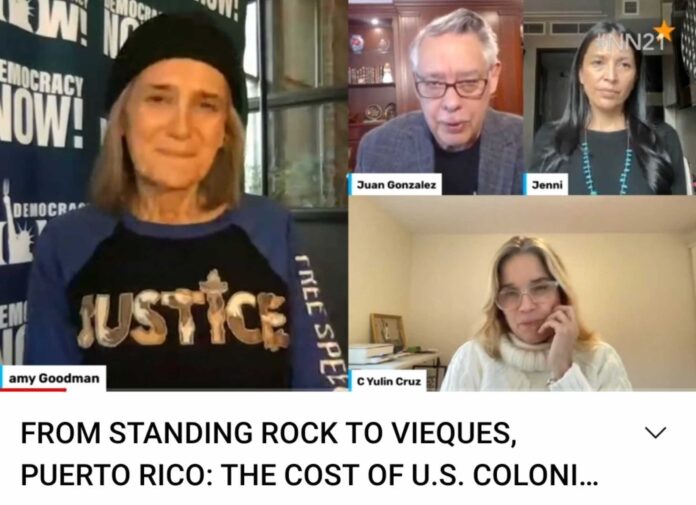 September and now October have been busy months for The PRCC on the self-determination front. Many activities took place that kept our community in Chicago and the larger Diaspora informed about support for The Puerto Rico Self-determination Act of 2021, a.k.a HR 2070, which is sponsored by Boricua Congresswomen Nydia Velázquez and Alexandria Ocasio-Cortez, as well as our own Congressman Chuy García. The companion senate bill is sponsored by Senator Bob Menéndez.

·   PRCC’s Melissa Mark-Viverito provided a presentation on H.R. 2070 during a briefing facilitated by Congressman García for the staff of Illinois congressional delegation members.

·   In partnership with Power 4 Puerto Rico, of which PRCC is a coalition member, and the Puerto Rican Agenda, Chicago residents led by Jessie Fuentes visited the office of Illinois Congresswoman Kelly to thank her for being an original co-sponsor of HR 2070. The visit was also to request a meeting to discuss her recent sign-on of the bill in Congress that would impose statehood on Puerto Rico and request that she withdraw support for that bill.

·   Met with Offices of Senators Durbin and Duckworth to discuss signing on to the accompanying Senate bill.

·   Organized panel at recent national Netroots Nation conference titled, From Standing Rock to Vieques: The Costs of U.S. Colonialism. The panel was facilitated by Democracy NOW’s Amy Goodman and Juan González. The panel is available to watch online.

·   Facilitated briefing with Detroit Ricans who are meeting with Congresswoman Rashida Tlaib to provide additional support for HR 2070.

·   PRCC’s Melissa Mark-Viverito was recruited by Crooked Media to narrate a video explainer focused on why DC and Puerto Rico statehood are not the same. The video is titled, The Shocking History of Puerto Rico Satehood, and is available on YouTube.

We will continue to provide leadership on this matter and are working actively to build even greater support for the self-determination and decolonization of Puerto Rico.