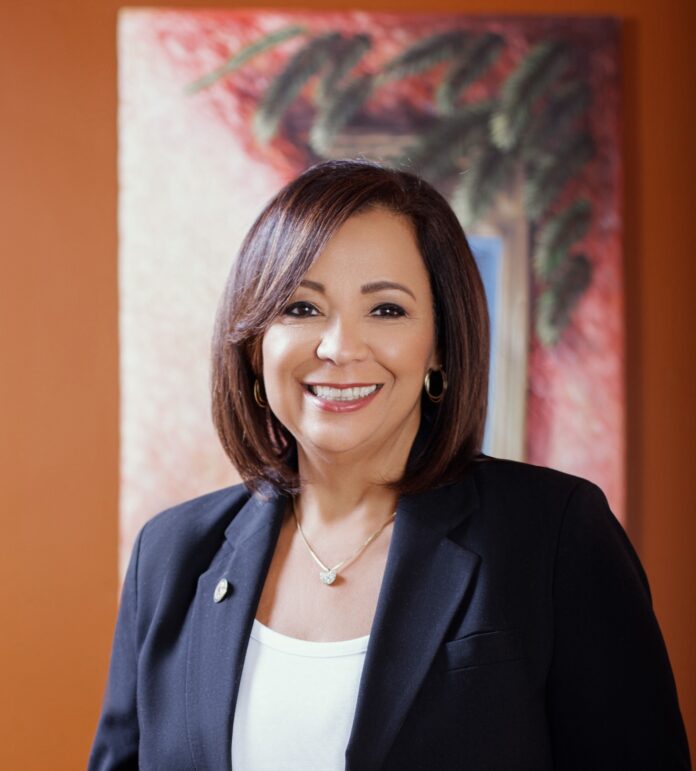 On December 1, 2020, Appellate Court Justice Jesse G.Reyes, swore in Iris Martínez as the first Latina to assume the role of Clerk of the Circuit Court of Cook County.  Ms. Martínez sat down for a socially distanced interview midway between her landslide victory and her assumption of this new and critical role.

RS. You received about 1.2 million votes, which makes you the highest vote getter of all Puerto Ricans, everywhere in 2020. In fact, you received 30,00 more votes than the top four candidates in the election for Governor of Puerto Rico. There is no doubt you are one of the most widely known and influential Puerto Rican officials today. Does that surprise you? What do you say to that?

IM. No, I didn’t know that. I’m excited. I was shocked seeing those numbers coming in on Election Night. I was following the Biden numbers, too, because of how important that election was to all of us, and in some places I got a higher percentage than he did. I said, Wow! There are a lot of expectations, but I am honored and I am ready for the challenge.

RS. What do you plan to take on during your first term? Priorities? Your wish list?

IM. First and foremost, as I campaigned I continually fielded complaints about the unprofessionalism of the Clerk’s Office. This was something that was said over and over. To me it’s important to bring customer service to the Clerk’s Office. When people come in with serious needs like an order of protection, our customer workforce needs to be friendly. When people come in with problems, our frontline staff needs to be empathetic. They need to authentically want to dig in and help them find solutions. That means retraining that workforce. The leadership up to now has not been invested in this. We need to lift the cloud of corruption and patronage. My goal is to remake the office. It is the second largest county clerk’s office in the nation. We have to remake it into a professional operation.

RS. In your opinion, what does the Democratic Party need to do to reach out more effectively to Latino voters?

IM. Until you have Latinos in decision making positions in the Democratic Party, you will not be effective. Our Latino residents want to hear from us about issues important to them. COVID is one of the biggest problems they see now. Also problems with education. The Democratic Party is standing at the forefront. It needs to look for ways to support more Latino candidates. In Illinois, they don’t. The Chairman needs to step down. Our Supreme Court Justice was not retained. They ran attack ads against him tying him to the Speaker of the House, alleging corruption, and we failed to respond effectively. We need to start a conversation. We need new progressive leadership. A leadership where all ethnicities, Black, Latino, everyone is represented in the decision making. When that happens, Latinos will feel more at home in the Democratic Party; their support will soar.