Francisca Lina confronts the threat of ICE on Paseo Boricua, “I am not a fugitive, I am an asylum seeker” 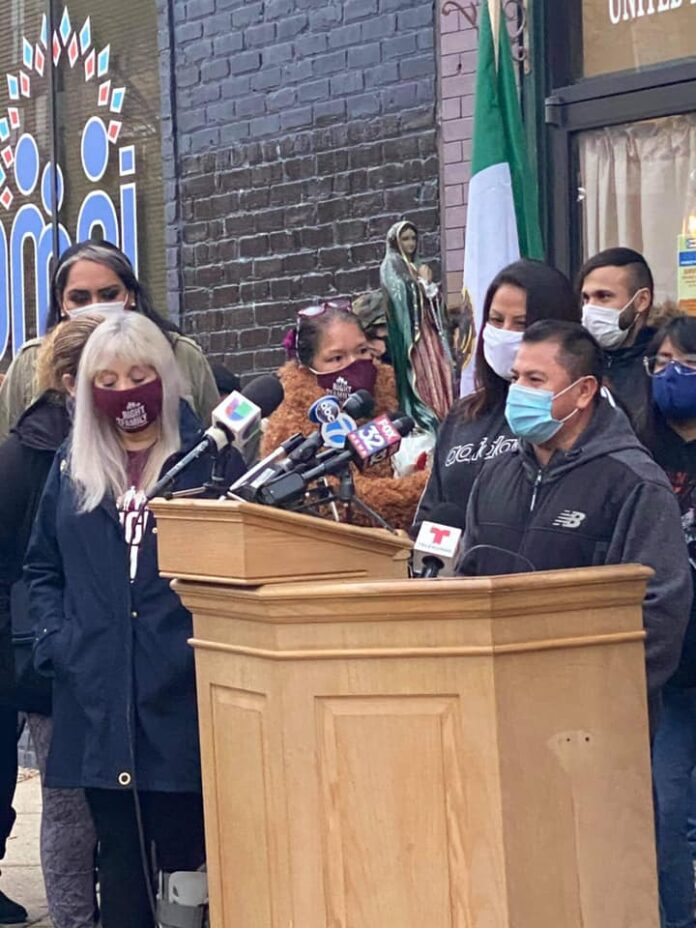 Francisca Lina has lived in the sanctuary of Adalberto Church for 38 months. This church is in the heart of the Paseo Boricua, and is regularly attended by Mexican and Puerto Rican worshipers. Yesterday, Tuesday, Oct. 27, just one week before the presidential election, an ICE agent called Pastor Emma Lozano, who is a longtime friend and spiritual advisor of Francisca Lina, and demanded to know her whereabouts. By 5:00, Pastor Lozano had organized a press conference in front of Adalberto Church.

With her 3 children and husband behind her (all US citizens), and a row of Mexican and Puerto Rican flags to her side, Francisca Lina addressed the crowd and media gathered. She explained that it was important that she remind ICE where she was. She did want federal agents to harass and detain others while supposedly searching for her. She insisted she was not a fugitive, but an asylum seeker. Through her attorney, ICE was kept up to date on her location. Francisca Lina described how her application for citizenship was rejected because of a simple error written on the form. Her attorney spoke to the press and confirmed that. Moreover, we learned that his client had never run afoul of the law — not so much as a parking ticket. Pastor Lozano told those who gathered that a deranged racist can murder scores of Mexicans in a Texas Walmart at the border while Trump does nothing, but this law-abiding mother and wife somehow attracts his attention. Puerto Rican Cultural Center Executive Director, José E. López questioned, “why now?” Then he answered — this is what Trump’s base desires. López argued that Trump’s base supporters are a racist group inspired by a racist ideology. He decried any Latino who would vote for Trump.

All who spoke urged the crowd to vote. They agreed that the current harassment was a politically motivated ploy, a last-minute desperate attempt by the President to get his followers excited and to the polls. Francisca Lina proudly pointed to her children and to her husband, and let everyone know that her family is voting in this election. 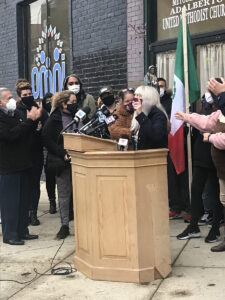 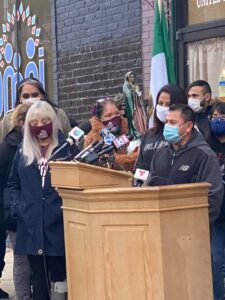 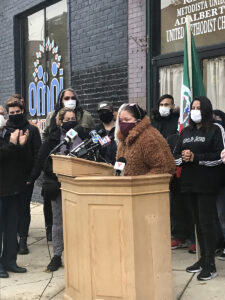 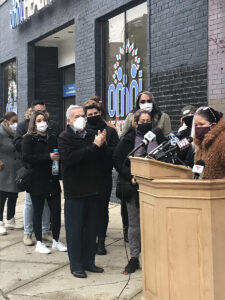 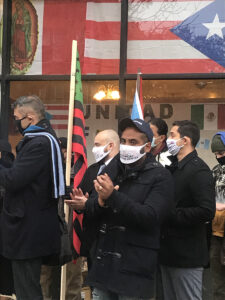 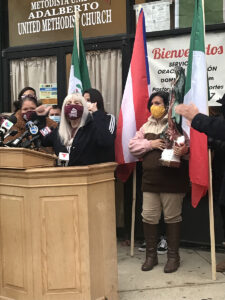 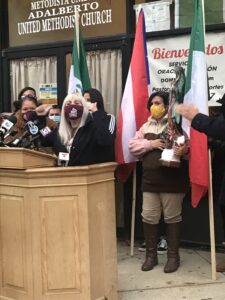 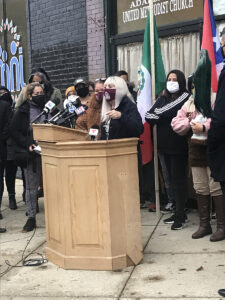 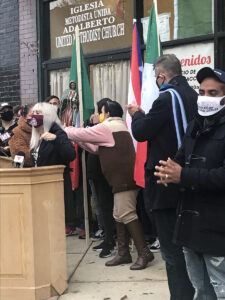