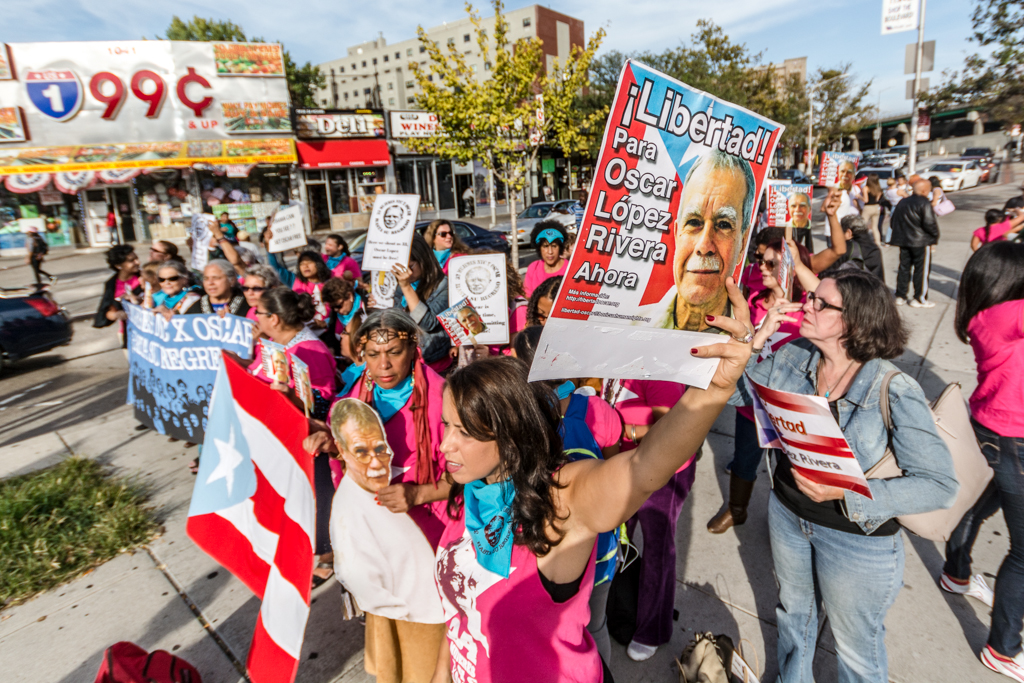 by Diana Castillo, National Boricua Human Rights Network
Members of 34 Mujeres por Oscar New York and Chicago shared their experiences on the radio showOn The Count--hosted by Steven Mangual–on Saturday March 19th. On The Count is a program that identifies and examines criminal and social justice issues directed towards reducing the inappropriate reliance on punishment and mass incarceration as the primary response to social and economic inequality. It is also the only radio program that is produced and hosted entirely by formerly incarcerated men and women. The radio show was the perfect fit to share the experiences of women who come together the last days of the month to demand Oscar Lopez Rivera’s freedom. The radio show gave exposure to the monthly activities women hold in Puerto Rico, New York, Boston and Chicago in solidarity with the Puerto Rican political prisoner who has been in prison for 34 years. The segment highlighted the support and enthusiasm that women are generating in those cities by chanting, holding banners, flags and collecting petitions. 34 Mujeres por Oscar exists to publicize Oscar’s case and show Obama that the people demand his release. The members called on other women to join and support the campaign by coming out to the rallies on the last Saturday of the month in Chicago and the last Sunday of the month in Puerto Rico, Boston and New York.
LISTEN TO THE RADIO SHOW.