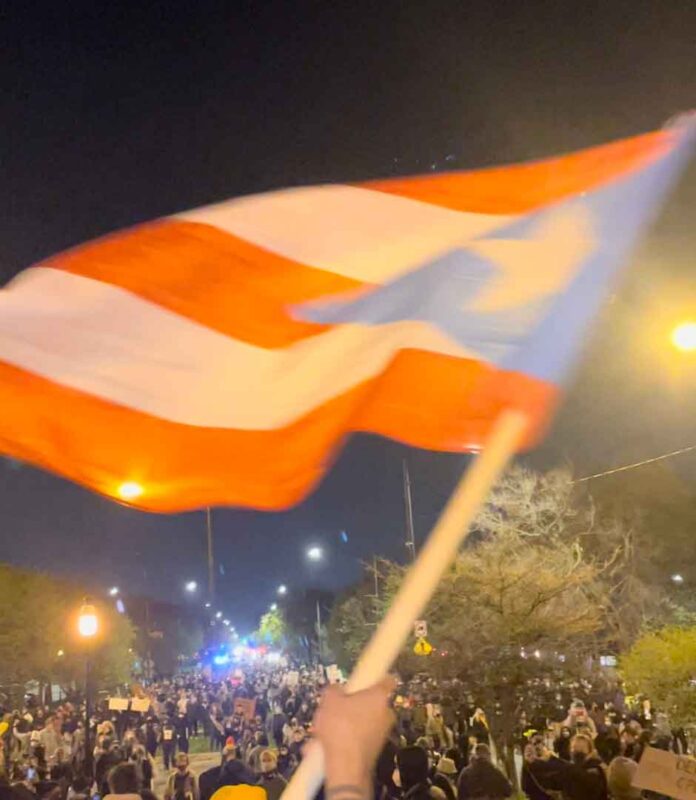 We in The Puerto Rican Cultural Center were enraged by the police murder of Adam Toldeo, and our deepest condolences go out to his family, while at the same time we cry out our highest condemnation of the racist institution of policing. The death of Adam Toledo has to be seen in the historical context of how Mexican lives, particularly Black and Brown Mexicans, have been devalued from the very days of the U.S. conquest and seizure of 53% of Mexico’s land mass.  In order to justify the occupation of this land (the homeland of indigenous people for thousands of years and Mexicans for hundreds of years) the U.S. settlers immediately created a discourse that portrayed Mexicans as bandidos or criminals.  Ever since then, and at every stage of the occupation, everything has been done to criminalize Mexicans. They were portrayed as lazy, gun wielding criminals. This was particularly used against heroic Mexicans who resisted that occupation such as Tiburcio Vázquez, Gregorio Cortez, and Juan “Chano” Cortina.  This criminalization continued throughout most of the 20th century as the film industry developed, and is propagated in all western and cowboy movies.  The only good Mexican was a sleeping Mexican, otherwise they were villainous figures such as thugs and bandits.

The criminalization of Mexicans was also visible in the politics that framed the use of cannabis when it was promoted as a Mexican drug called marijuana and in the way Trump used it in his anti-immigrant rhetoric.  It was this discourse which permitted extra judicial and White supremacist terrorist organizations such as the Santa Fe Ring of New Mexico and the Texas Rangers to lynch thousands of Mexicans throughout the Southwest all the way up to the 1930s.  There is no doubt, therefore, that the police murder of Adam Toledo cannot be detached from this backdrop of White supremacy, which informs the paradigm of race in this society, and which frames the thinking of many of our teachers, police personnel, and those who are supposed to provide social services.  The antithesis of this paradigm is to raise our consciousness and go beyond basic cultural sensitivity training. We must combat the criminalization of our communities and our youth when people try to bring up the time Adam Toledo was murdered, where his mother was when he was murdered, or if he was connected to gangs.  To fight the terror of White supremacy and actually heal these deep wounds caused by colonialism, we are called to understand deeply the historical and generational trauma, which our communities and youth face.  If police are supposed to protect they should act as guardians of the people rather than warriors against the people.