Puerto Rico, how ironic is our love for you? We never cease to profess our sincere pride. We display it everywhere and in any way possible; from tattoos, t-shirts, to temperaments, we declare our profound orgullo.

Yet our love and pride – as deep as it goes – has limits, lines we won’t cross, fears we won’t face. Far too often, there is much we refuse to say, acts we won’t do, and beliefs we refuse to hold. Everyday, we simultaneously affirm our identity as Puerto Ricans, yet we often collectively dare not fight for Puerto Rico.

This contradiction is not only present on the island, but also in our barrios and communities throughout the United States. Here too, we have immense pride and love for our patria, but it’s no less ironic, no less tragic.

The question remains, how we together – as a community and people – move from one-dimensional pride to a stronger commitment to each other and our shared liberation.

Our annual festivals and celebrations offer a site to reflect on the nature of Puerto Rican pride, its importance and shortcomings. Every year, we gather (wherever there is more than one Puerto Rican) to celebrate, commemorate, and congratulate each other on our rich culture and customs. From the smallest towns in New England to the sprawling suburbs around Orlando to parts of Texas to the metropolises of New York, Chicago, and Philadelphia, we host annual parades and festivals.

Though some are bigger, better funded, or more established than others, each serves in its own way as expressions of our collective identity. Historically, we were forced to create these festivals and parades in order to combat the negative and racist characterizations of our community. As a result, we cannot underestimate them, although we can question how they sometimes limit Puerto Rican-ness to a few, sanitized expressions.

In some cases, these important events mark the only time we gather as a community. Drawn by music, food, and the rare chance to express ourselves freely and openly as Boricuas, we dust off our flags and thrust them out of our house and car windows, passionately, albeit predictably, forcing our local cities to recognize our existence.

Politicians come out, commercial businesses and media take notice and contrive ways to take advantage of our momentary unity. We gain some recognition, smiling with teeth shining, flag in hand, yet too often, during and beyond these moments of cultural bliss, we are silent on the matters of urgent concern to the Puerto Rican people.

This raises the question: Why does our profound pride not usually lead to action in the defense of those among us most suffering? What kind of pride does translate into love for our sisters and brothers?

Various facets of our history and current reality usually fall outside of these popular cultural events. In most cases, Puerto Rican identity is expressed in narrow terms, as if arroz con gandules, bistec encebollado y tostones, Salsa y reggeaton captured it all. Even further than our culture, what is the reality of Puerto Ricans and why is reflecting and acting on that complicated reality so often threatening to some in our community? One important exception to the tendency to exclude political and social issues from cultural events is the Puerto Rican People’s Parade held on Paseo Boricua, Chicago. This parade not only proclaims our identity but also raises important causes like gentrification and liberation via ¡Humboldt Park NO SE VENDE! and the campaign to free our Puerto Rican political prisoners.

Our realities as Puerto Ricans, of course, are incredibly diverse, and though there is an emerging professional and ‘middle-class’ sector, the majority of our people continue to face adversities to their very existence.

Our dropout rates (or push-out rates, to be more accurate) are among the highest, and have been for decades. Our unemployment rates, particularly in the inner city, are staggering, and that was before the economic downturn.  Our historic communities, like my city’s Humboldt Park and others, are being or have been dismantled and destroyed by a housing crisis long before the foreclosure epidemic.

Some of these realities – which are only a few and do not count necessarily as the most important – may in fact not resonate with your particular lived experience. But rest assured that the Boricua that passes you at the festival, that joins you in shouting out “¡Que Viva Puerto Rico!” may very well be confronting these challenges and others like violence (gang violence, domestic violence, and the violence of abusive law enforcement and imprisonment), as well as disastrous poverty. Perhaps they suffer from racial, gender, and sexual discrimination both within and outside our community.

Deep inequalities and divisions mark our people, both on the island and our glorious Diaspora. Especially in the current climate against Latin American peoples in the U.S., most recently reflected in Arizona Senate Bill 1070, we are facing difficult times.

We are a people – at least from my reading of history – that continue to experience the fracturing and oppressive reality of colonialism and its many manifestations. The current situation the majority of our people live reveals a profound denial of our human rights and a hesitation to aggressively demand them. Our responsibility continues to be to resist – in every conceivable way, from the smallest act of defiance to the acts remembered by our future historians. We cannot afford to shy away from politics, debate and collective action.

Pride is not enough. While we need to affirm our existence through cultural celebrations, and do so in recognition of our internal diversity, we must go beyond this form of pride. Our pride in our history, culture and identity should be sources of energy to work together in building new hopes, dreams and possibilities, but it should also move us beyond a one-dimensional pride to a deeper, richer love of our people, which is based on and grows through the struggle for our freedom and the freedom of all peoples. 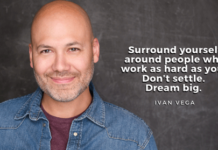 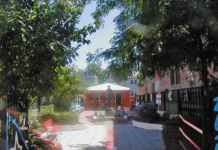 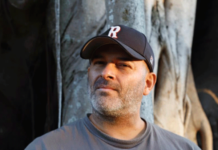