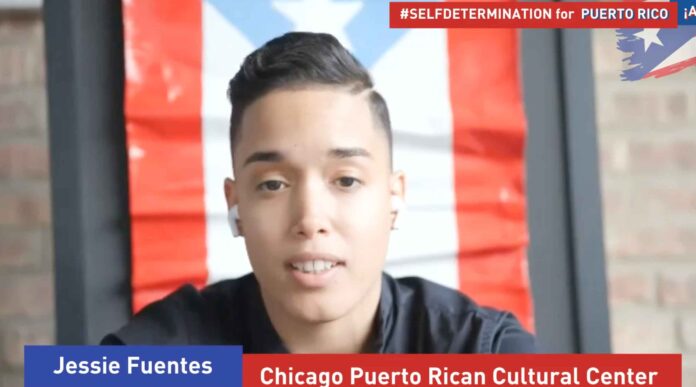 On March 18, 2021 Congresswoman Nydia Velázquez and Congresswoman Alexandria Ocasio Cortez re-introduced the Puerto Rico Self-Determination Act of 2021, H.R. 2070, in the U.S. House of Representatives, and Senator Bob Menéndez introduced its companion bill S. 865 in the U.S. Senate. This bicameral and bipartisan legislation would empower Puerto Ricans with an inclusive and democratic process to determine their own political future and relationship with the United States. Under this proposed legislation, a status convention would be created and delegates would be elected to discuss options with federal officials, and therefore create an official, legitimate, and comprehensive bilateral conversation on status.

The Puerto Rican Cultural Center, working alongside former Congressman Luis Gutiérrez and nationwide allies, organized a multifaceted campaign prior to the bill’s reintroduction that has led to widespread support for the bill. The PRCC also worked diligently to persuade congressional representatives to sign on; at introduction H.R. 2070 had 79 co-sponsors and S. 865 had 8.

Additional campaign efforts The PRCC has engaged in include:

March 4 open letter to Senate Majority Leader Charles Schumer and House Speaker Nancy Pelosi with more than 100 progressive organizations across the country and Puerto Rico signing on in support of the island’s right to a transparent and inclusive self-determination process. The PRCC worked with our coalition members and was able to secure signatures of 12 Illinois organizations in addition to many others across multiple states:

March 22, Puerto Rico’s Abolition Day, our partners in Puerto Rico, including Power 4 Puerto Rico, organized a digital rally in support of self-determination for Puerto Rico and in support of H.R. 2070/S. 865 . Hundreds of friends and allies on the island and across the Diaspora participated in this dynamic event. Congresswoman Nydia Velázquez and former Congressman Luis Gutiérrez addressed the attendees and Melissa Mark Viverito and Jessie Fuentes read messages of support from The PRCC. Immediately following the digital rally, The PRCC held a press conference to reinforce support of the congressional legislation and to highlight the Illinois Senate’s adoption of a resolution in support of H.R. 2070/S. 865, which are co- sponsored by State Senators Omar Aquino and Cristina Pacione-Zayas. At the local level, Alderman Roberto Maldonado has introduced a resolution in the Chicago City Council. We expect passage within the next couple of weeks;

H.R. 2070 was assigned to the Natural Resources Committee chaired by Congressman Raúl Grijalva. The committee held its first hearing of the bill on April 14. A second hearing is projected, but no date has been set. The PRCC continues to take the lead in building and strengthening our coalition. Log on to www.letsendcolonialismtogether.com and learn how you can continue to support this crucial work.