We Need Your Help for #AyotzinapaEnMi! 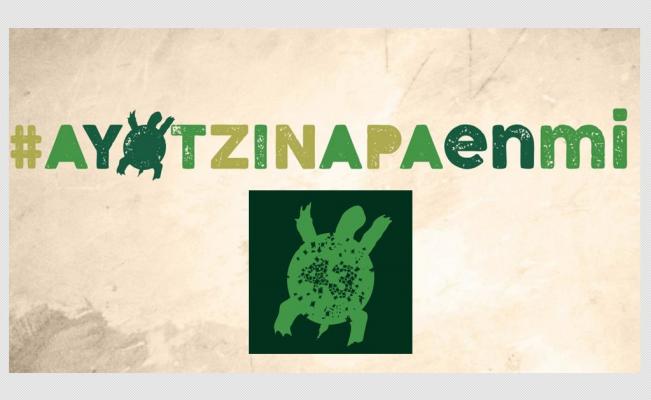 by Tito Roman Rivera, filmmaker
In order to finish this project, currently 50% completed, we need in the neighborhood of $25,000 for professional-quality production. As we do not have any government or private corporate funding, we have decided to seek this money through an Indiegogo campaign.
The funds will be directly applied to travel costs for the completion of research, production of the documentary script, graphic design and effects, post-production of sound and color, and promoting the film’s release.
Be part of history.  We are joining in solidarity with a human rights cause that deserves discussion and attention.  Here we describe the different ways in which you can contribute.  Any donation is welcome to help realize this important project.
More about this project
In November 2014, filmmaker Tito Román Rivera found himself in Mexico as a spectator at the Central American Games (Juegos Centroamericanos) taking place in Veracruz.  On his way to the event, he passed through Mexico City, where protests in defense of the 43 normalista students of Ayotzinapa were taking place.  Although he was already aware of the case, it was not until this day, November 20, 2014, that he was impacted by how centrally important it is in the struggle for human rights. 20November (20N) was a historic day for the Mexican people, as masses of people took the streets in a manner without parallel in recent history, demanding justice from the government.  That same day, #AyotzinapaEnMi began, even as it did not yet have a title or final goal.  The Puerto Rican filmmaker carried his camera to the center of the protests, recording images that will be recorded for history, thanks to the documentary project.
This documentary tries to understand what really happened to the youth of Ayotzinapa, and, beyond their disappearance, what is going on in Mexico, whose government has become a failed state and a violator of human rights.  The main narrative of the documentary is offered from the perspective of a person who does not live in Mexico, but who is committed to producing a clear and honest account of the events.
The funds gathered will allow the completion will facilitate the completion of this cinematographic project, which has been sustained for the past year by the support of Caserio Films (a non-profit entity), PJ Gaffers (sponsoring agency), and the film’s own director.  With your help we can complete a project that will consider the subject from another perspective, will bring the topic to new international audiences, and will help keep the struggle for the 43 normalistas alive.
Importance
Unlike other governments in Latin America, the Mexican government has a particular proximity to the United States Government of the United States of America. This closeness gives them certain protections, especially in the control of the narratives that are released in the mainstream media in the United States. The cases of disappearances in Mexico are not discussed in depth in the major media, the issue is ignored as one of political importance, and solidarity mobilizations are hampered as a result.
Independent documentary film allows us to give a voice to those who are voiceless.  With the documentary #AyoztinapaEnMi, the message will reach Mexican communities in the United States, as well as spaces where the case has not been discussed at all.  The documentary will amplify the bonds of solidarity between the Puerto Rican and Mexican people.  Without a doubt, #AyoztinapaEnMi provides an opportunity to debate the challenges and struggles that we share as related peoples.  Latin American connections grow stronger through artistic projects like this one that invite us to reflect on how to overcome barriers imposed upon us by outside hegemonic powers.  We live on one planet, and we are all citizens of the world.
In the future we will feel satisfied at having helped an educational project that tells the story of a historic struggle, one which will always be remembered.
Other ways of helping us
We need your help on social media.  Using these networks, many have been able to raise funds to complete successful projects.  Join the cause of the 43 Ayotzinapa normalistas and all of the disappeared of Mexico.  Hit “share” and share this link with your friends and colleagues. Participate with us as many times as you can in the two-month period we will have to realize our goal.
The team at Caserio Films will be grateful for your effort and solidarity in helping this campaign be a resounding success.
About the producer and director of #AyotzinapaEnMi
Tito Román Rivera is a filmmaker whose training comes from the International School of Film and Television in San Antonio de los Baños, Cuba.
In 2010, he returned to Puerto Rico to work in the local cinematographic industry as he worked on his first full-length project, a the documentary “El Antillano.”  This first major project has been shown widely in movie theaters and universities in Puerto Rico, the United States, and throughout Latin America.
Román Rivera is committed to struggles of the working class and marginalized.  Apart from being a filmmaker, he is a social justice activist in Puerto Rico and considers himself an international activist as well.
Artículo anteriorTeen Pregnancy Project
Artículo siguientePA Democratic Party Adopts Humanitarian and Fiscal Crisis in the Commonwealth of Puerto Rico Urging President Obama and the US Congress to Develop a Comprehensive Plan